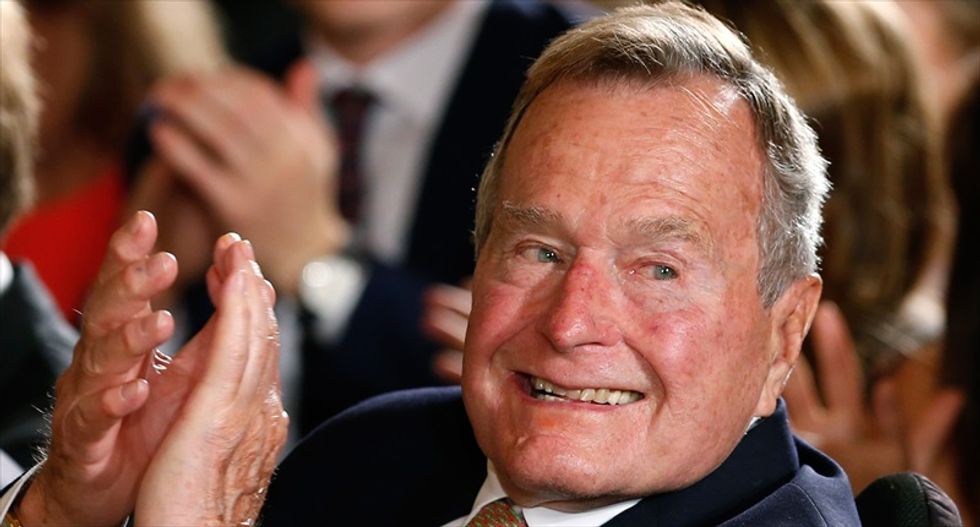 Former President George H. W. Bush applauds during an event to honor the winner of the 5,000th Daily Point of Light Award at the White House in Washington in this file photo from July 15, 2013. REUTERS/Kevin Lamarque/Files

Former U.S. President George H.W. Bush, 90, remained in a Houston hospital on Wednesday as a precaution after experiencing a shortness of breath, a spokesman for the 41st president said.

"No new news to report so far," spokesman Jim McGrath wrote in an email.

Two years ago Bush spent seven weeks in a Houston hospital for bronchitis and related ailments before his discharge in mid-January of 2013.

On Tuesday evening, Bush was taken by ambulance to Houston Methodist Hospital, McGrath said. He said Bush was being held for observation.

The former president, a Republican, grew so ill during his previous hospitalization that he was believed at one point to be near death, and members of his family gathered around him.

He marked his 90th birthday this year by taking a parachute jump in Kennebunkport, Maine. His eldest son, former President George W. Bush, this year published a best-selling book about his father, titled "41 - A Portrait of My Father."