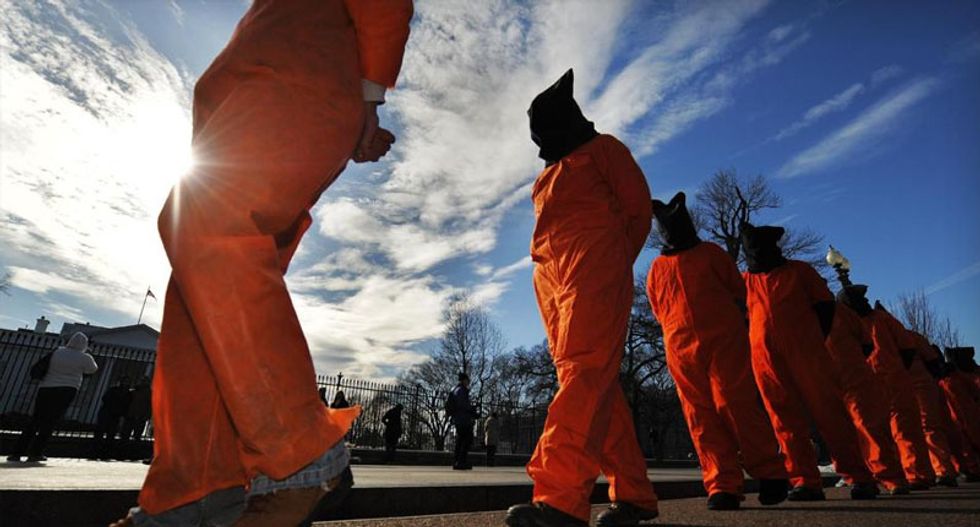 Four Afghans held for more than a decade at Guantanamo Bay have been sent home, the Pentagon said Saturday, edging President Barack Obama closer towards his goal of closing the controversial US military jail.

The Department of Defense said the men -- Shawali Khan, Khi Ali Gul, Abdul Ghani, and Mohammed Zahir -- had been moved from the prison after a comprehensive review of their case.

"As a result of that review, which examined a number of factors, including security issues, these men were unanimously approved for transfer by the six departments and agencies comprising the task force," a Pentagon statement said.

The releases come hard on the heels of the transfer of six Guantanamo detainees to start new lives in Uruguay earlier this month.

Obama has vowed to close the controversial jail on Cuba, set up to house detainees scooped up during the US "War on Terror" following the September 11, 2001 attacks.

The four men, in their 40s or early 50s, were arrested in Afghanistan between 2002 and 2003. They were initially alleged to have had strong ties to the Taliban or Al-Qaeda.

However, lawyers have long argued that the evidence against the men is threadbare.

An attorney for Abdul Ghani, detained in Kandahar in December 2002, has said the Afghan was simply a farmer arrested for being in the wrong place at the wrong time.

Lawyers for Shawali Khan, who was handed over to US forces by Afghan warlords in November 2002, complained he had been held on the basis of uncorroborated evidence of a single informant.

In Kabul, Afghanistan's High Peace Council, the government-created body set up to strengthen relations with insurgents, welcomed the release.

All four men would be reunited with their families in the "near future", the council said, calling for remaining Afghans held at Guantanamo to be released.

"The High Peace Council strongly demand that all remaining prisoners be transferred as soon as possible," the council said in a statement.

Obama came to power six years ago promising to close Guantanamo but has been frustrated in his efforts by a combination of opposition from Congress and the difficulties involved in finding homes for prisoners who are often unwanted by their home states and/or suspected of involvement in terrorism.

Of the 132 detainees left at Guantanamo, 63 have been cleared for release by the US administration.

Of that group, 54 are Yemenis who cannot go home because of the country's chaotic current state.

Of the men who have not been cleared for release, some 15 are classified as "high value" detainees.

These include alleged 9/11 mastermind Khalid Sheikh Mohammed and Indonesian national Riduan Isamuddin or Hambali, often described as "the Osama Bin Laden of Southeast Asia", who was arrested in Thailand in 2003

US law currently bars any transfer of a Guantanamo detainee to the United States for trial or incarceration.

For Guantanamo to be closed, Obama will have to persuade Congress to accept the transfer of this group to US facilities, which currently looks unlikely according to most observers of the US political scene.