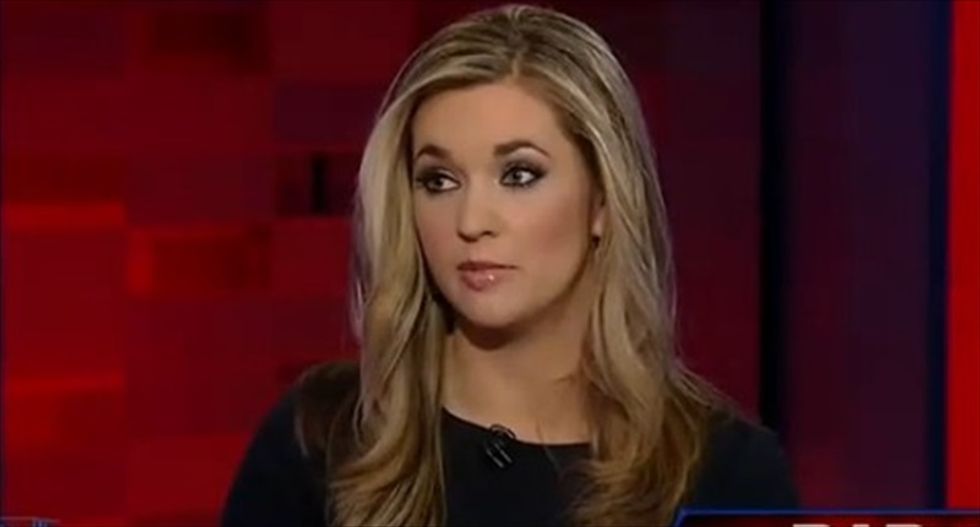 Fox News contributor Katie Pavlich accused President Barack Obama of being "anti-police" on Monday, only to cut her panel discussion off without offering any specific examples of such a viewpoint.

"I would argue that the Obama administration has a track record of being anti-police," Pavlich said, before alluding to his nomination of earlier this year of Debo P. Adegbile to head the Justice Department's civil rights division.

Without mentioning Adegbile by name, Pavlich called him "a man who advocated for one of America's most infamous cop killers," a reference to Adegbile's work in support of Mumia Abu-Jamal. Adegbile, whose nomination was blocked in the Senate this past March, was part of a group of lawyers who filed a brief to the Supreme Court five years ago arguing that Abu-Jamal's conviction for the murder of Philadelphia police officer Daniel Faulkner be overturned.

Guest Brian A. Benjamin, a former Obama delegate, could be seen laughing as Pavlich abruptly ended the segment and signed off. Earlier in the segment, he pushed back on her criticism of Obama for refusing to condemn the MSNBC host "for any of what he's been saying, the things that maybe he's been inciting throughout this process."

"Al Sharpton said he was a, donating money to the families of the police officers -- that's number one," Benjamin said, referring to the killings of New York City police officers Wenjian Liu and Rafael Ramos last week. "And, number two, he said the killing of any innocent blood is not acceptable. So he's been very clear in terms of where --"

Pavlich interjected, saying Sharpton only made those remarks after the deaths of the officers.

Pavlich also accused New York City Mayor Bill de Blasio (D) of making "incendiary comments before the police officers were executed." Police critics have accused officers of taking offense to remarks the mayor has made about teaching his teenage son, who is Black, how to interact with law enforcement.