France to pay $60 million to US for Nazi rail deportations 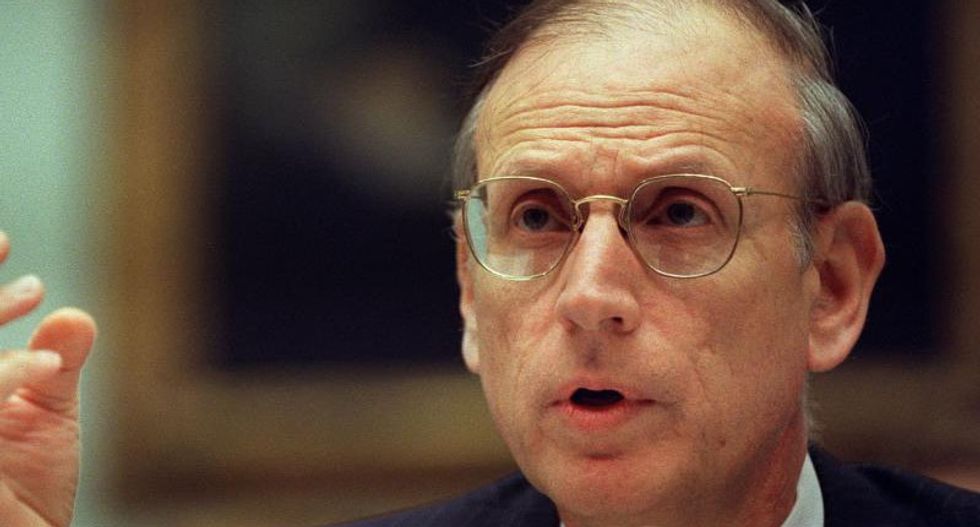 Stuart Eizenstat, pictured, says the US and France have reached a historic agreement on substantial compensation for deportations from France during the Holocaust (AFP Photo/Mario Tama)

France has agreed to pay the United States $60 million to compensate Americans and some others deported to Nazi death camps on French trains during World War II, diplomats said Friday.

The agreement, which has been at least two years in the making, should now open the way to allow French rail firm SNCF to bid on major contracts in the US state of Maryland.

"The US and France have reached a historic agreement for substantial compensation in connection with the deportation from France during the Holocaust," US negotiator Stuart Eizenstat said.

"This is another measure of justice for the harms of one of history's darkest eras," he told reporters, adding it was a good example of the close US-French partnership.

Several thousand people could now be eligible for compensation, including nationals of Israel and Canada as well as Americans who were deported from France to the death camps during World War II.

News of the agreement came in simultaneous press briefings in Washington by both the US and French negotiators on Friday.

During the occupation of France by Germany, the Nazi regime deported almost 76,000 Jews to concentration camps in French freight cars between 1942 and 1944.

Maryland lawmakers had demanded that SNCF compensate the victims before being allowed to join a bidding process on a 16-mile (25-kilometer) public-private light rail project worth nearly $3 billion for local projects and introduced bills to that effect.

But the French rail firm had protested that it had no choice as it was simply a "cog in the Nazi extermination machine" and that any eventual compensation should be paid by the French government.

The French government has already paid out some $60 million to French nationals who were victims of the Holocaust.

Eizenstat said the deal was "recognition" by France that US citizens, Israelis and others had not been eligible for payments to French nationals.

The deal is due to be signed on Monday by Eizenstat and French ambassador on human rights Patrizianna Sparacino-Thiellay.

Eizenstat told reporters Friday that Paris would pay a $60 million lump sum to Washington to compensate the survivors or their spouses and heirs.

He had no exact figure of how many could be eligible, but said it was expected to run into "several thousand."

Survivors could receive up to $100,000 each, while spouses or heirs could get several tens of thousands of dollars, he said.

The head of SNCF America, Alain Leray, hailed the settlement Friday saying it was "a welcome conclusion for all those who sought to win compensation for the victims and their families."

"It is the responsibility of the French authorities," she added, adding that therefore SNCF had not been part of the negotiations.

The deal will enter into law once it is voted on by the French parliament, and signed by President Barack Obama in an executive order.

SNCF is eyeing the Maryland contract as part of a consortium comprising fellow French firms Alstom and Vinci. A winning bid is expected to be picked by the end of the year or in early 2015.