From disabled 'goblin topplers' to 'Frozen is my life': The 10 most ridiculous lawsuits of 2014 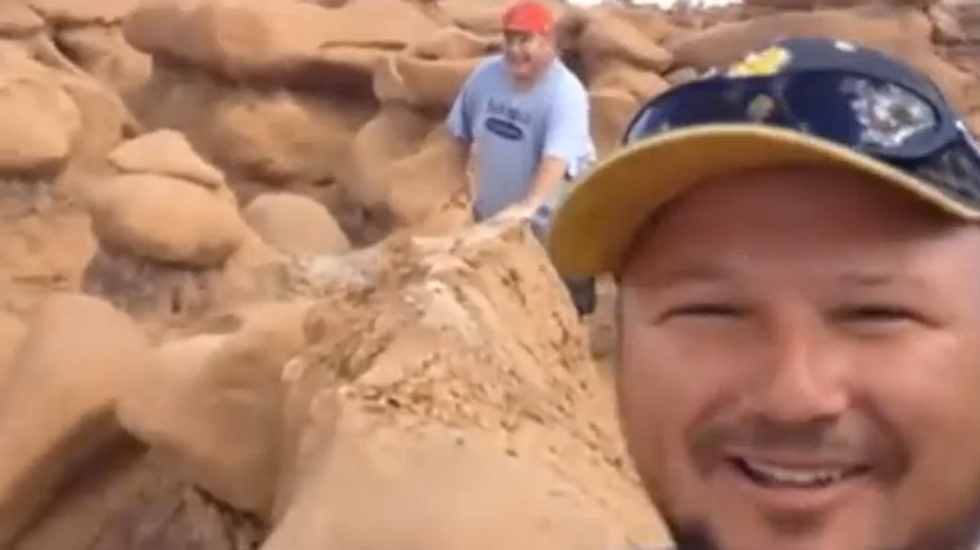 Faces of Lawsuits Abuse has compiled its list of the "Top 10 most ridiculous lawsuits of 2014," including a Boy Scout leader who was suing for disability benefits at the same time he was filmed toppling over a rock formation in a Utah state park, to a woman who claimed the Disney animated film 'Frozen' -- about a princess with cryokinetic ice powers -- was based upon her life.

Leading the list is Glenn Taylor, the Utah Boy Scout leader who was filmed pushing over a massive ancient stone formation -- called a "goblin" -- in Utah's Goblin State Park, just weeks after filing a a personal injury lawsuit, claiming a back injury described as  "serious, permanent and debilitating.”  Alan MacDonald, the defendant in Taylor's suits, told Salt Lake City television station KTVX, “Someone with a bad back who’s disabled, who can’t enjoy life, to me, doesn’t step up and push a rock that big off the base.”

The website also cited California Little League coach Alan Beck for suing the family of one of his players for $600,000 after he was struck on the head by the player's helmet, thrown in the air as part of a victory celebration.

Roy Ortiz, a Colorado man who sued the rescuers who pulled him flood waters for $500,000, claiming that emergency responders didn’t rescue him fast enough.

A New York woman who sued the Metropolitan Transportation Authority and Showtime, claiming a poster for the Showtime series 'Dexter' startled her, causing her to break her ankle  as she fell down the stairs at the Grand Central Terminal.

A California woman, who sued restaurant chain Jimmy John’s “claiming that a sandwich she ordered was supposed to contain sprouts but did not.”

Author Isabella Tanikumi who sued The Walt Disney Company for $250 million, claiming the studio stole the idea for the popular animated film 'Frozen'  -- the story of a princess with the ability to produce ice, frost and snow at will -- from her autobiography ' Living My Truth.'