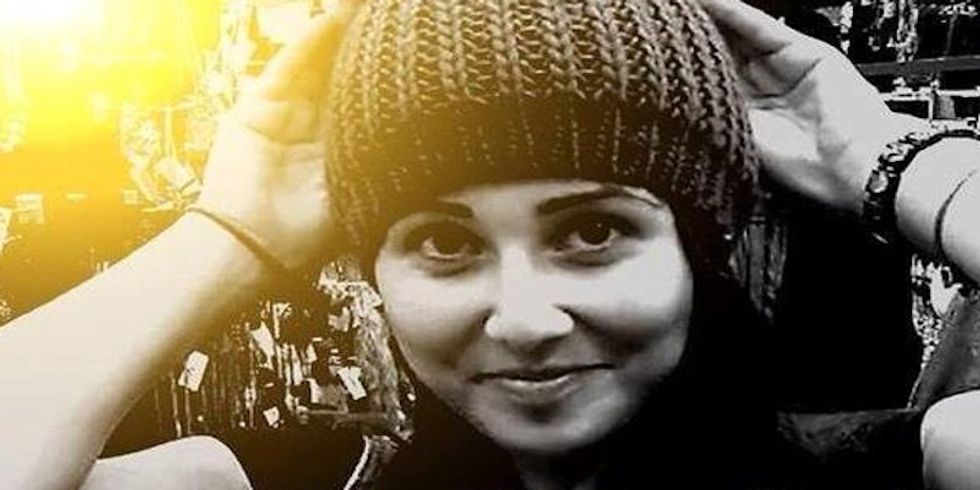 Earlier today I wrote about two Indian women who attacked three men who were harassing them on a bus. That story has a happy ending: the video has gone viral and the three men were arrested. But this case, also involving a group of men harassing young women, turned out very differently.

On November 15th, Tuğçe Albayrak, a 23-year-old university student studying to be a high school teacher, entered a women's bathroom of a McDonalds in Offenbach, Germany, after hearing screams. It turned out that a group of young men were harassing a group of young women. Albayrak intervened in some way and this, apparently enraged one of the men. Because he returned and in video captured in very poor quality, by CCTV cameras, struck her on the head with something that caused her to fall to the ground, suffer a traumatic brain injury and fall into a coma.

After two weeks, and being told by the doctors that she would be brain dead, her parents removed her from life support on Friday, her 23rd birthday. Her alleged attacker, an 18-year-old identified as Sanel M, from the Sandzak region of south-west Serbia, has admitted to the attack and is in police custody.

Sunday, hundreds of people attended a "civil courage” vigil on the Oranienplatz Plaza in Berlin’s Kreuzberg district, where a large Turkish community lives, to honor  Albayrak, who was of Turkish descent. Outside the  Offenbach hospital where she died, and where people had been golding a vigil since her attack on the 15th,  people brought flowers and lit candles and a pianist played the student’s favorite songs as friends released helium-filled balloons with farewell messages attached to them.

A petition signed by at least 100,000 people is asking  Germany’s president, Joachim Gauck, to award Albayrak the national order of merit posthumously. Gauck has indicated that he is considering this in a letter he sent to to Albayrak's parents this weekend, expressing his “anger and shock” over the attack. “Nobody can measure the pain that you, your family and the friends of your daughter must be enduring," Gauk wrote. He also praised their daughter's bravery:“Where other people looked the other way, your daughter showed exemplary courage and moral fortitude and stood up for the victims of an act of violence”.