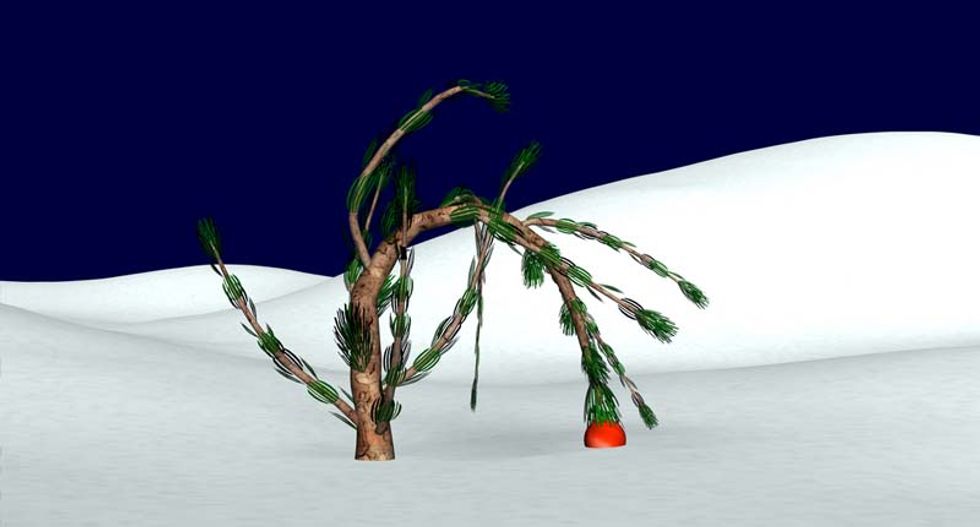 (Reuters) - A ceremony to decorate a scraggly Christmas tree in Reading, Pennsylvania with a single red bulb, much like Charlie Brown's tree in the animated holiday classic, was postponed to Sunday from Saturday because of rain and cold temperatures, officials said.

The tree has been standing for weeks in the heart of Reading, one of the poorest cities in the United States, attracting supporters wanting to keep it and detractors who wanted it taken down.

The tree came to town after a work crew set out to get a nicer tree but, prevented by rainy weather, chopped down a more easily accessible Norway Spruce as a last-minute alternative.

Officials decided to hold a re-dedication ceremony and decorate it with a single red bulb, as in the 1965 animated television special, "A Charlie Brown Christmas."

"We hope that this reminds all who are following the story of our tree of the deeper meaning of the holiday season," the city said in a statement.

Like the famed cartoon tree, Reading's evergreen will not remain forlorn for long.

A local minor-league hockey team, the Reading Royals, has donated ornaments, and a local real estate agent donated use of a bucket truck to drape them on its branches.

The unveiling of a fully decorated tree is slated for December 20.