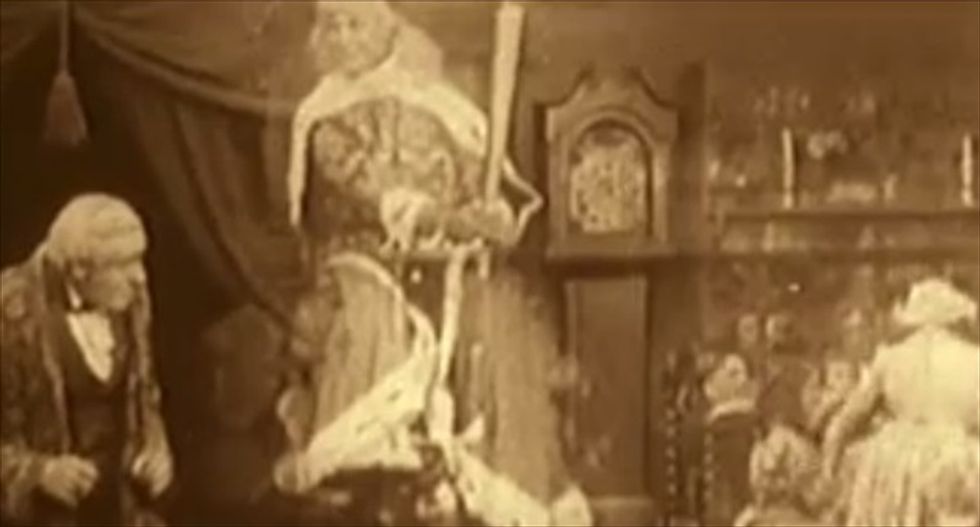 Director J. Searle Dawley's silent film adaptation of Charles Dickens' A Christmas Carol is as economical -- it delivers the story of Ebenezer Scrooge's journey to redemption in a brisk 10 minutes -- as it is underrated.

Chris Scott Edwards makes the case that Dawley's work, released by Thomas Edison's Edison Studios in 1910, shows just as much skill in a fixed-camera setting as the "talkies" that would sweep through the cinema world less than a decade later.

"In the spirit of economy, Dawley uses one ghost for all three of Scrooge’s bedroom visitations," Edwards writes at Silent Volume. "The sequence has a remarkable poetry, beginning with Scrooge at far right and the ghost in the middle, beckoning left toward his empty bed. We see images of Scrooge's past -- love squandered, roads not taken -- but the bed, a symbol of fertility and sex, remains visible behind them. When they vanish, its emptiness remains."

Australian Marc McDermott stars as the venerable miser, a year after he was hired by the company by Edison. He would go on to appear in more than 180 films before dying in 1929 at the age of 47.

Watch the movie, as posted by the Internet Archive, below.