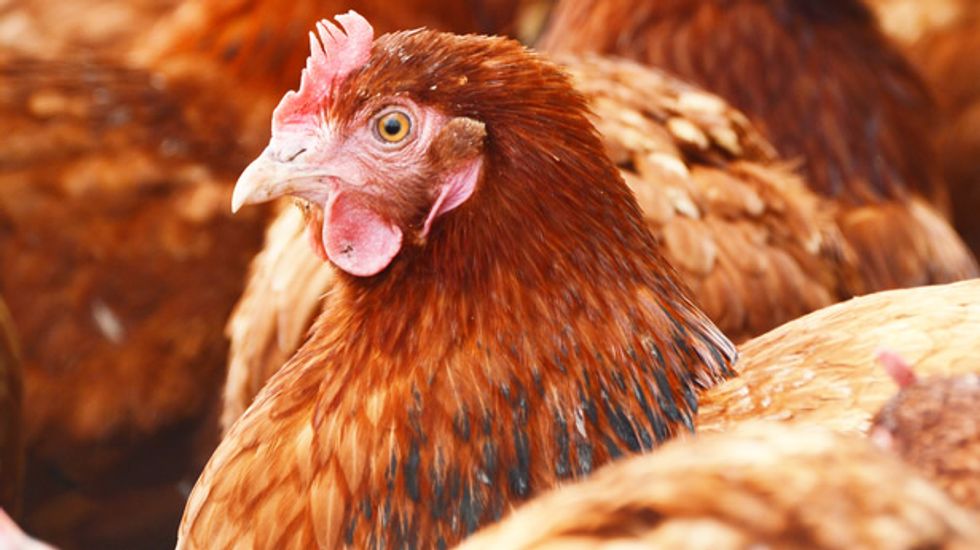 Hong Kong hospitals raised alert levels Sunday as a woman diagnosed with the deadly H7N9 avian flu virus was in a critical condition.

The 68-year-old woman was hospitalised on December 25 after returning from the southern Chinese city of Shenzhen almost two weeks earlier, although it has not been confirmed where or how she contracted the virus.

Ten people had previously been diagnosed with H7N9 in Hong Kong, including three who died. All had contracted the virus in mainland China, according to Hong Kong's Centre for Health Protection (CHP).

The outbreak, which first emerged on the mainland in February 2013, has reignited fears that a bird flu virus could mutate to become easily transmissible between people, threatening to trigger a pandemic.

In response to the new case -- the city's first since early 2014 -- Hong Kong announced it was raising its response level in hospitals to "serious" from "alert," with extra precautions implemented in hospitals from Sunday.

The rules include limitations on visiting hours and compulsory surgical masks for those visiting patients.

There are three response levels with "emergency" the most serious. The Hong Kong government reduced the level from "serious" to "alert" in June, after a drop in cases.

Health minister Ko Wing-man said late Saturday that the woman had been with two friends in Shenzhen, where she had eaten "home-cooked chicken," although she is not believed to have had contact with live poultry at markets.

She remained in a critical condition in intensive care Sunday, hospital authorities said.

Hong Kong slaughtered 20,000 chickens in January after the virus was found in poultry imported from the southern Chinese province of Guangdong.

A four-month ban on live poultry imports from mainland China was then imposed to guard against the disease.

Ko said the new response level would not affect the import of poultry for the time being, as "rapid testing" had been introduced to check birds for the disease.

"We will closely monitor the situation... then decide the appropriate measures," he said.

Hong Kong is particularly alert to the spread of viruses after an outbreak of Severe Acute Respiratory Syndrome (SARS) swept through the city in 2003, killing 299 people and infecting around 1,800.

The trial involving Ghislaine Maxwell is moving forward, hearing witness testimony that links the defendant to accused rapist Jeffrey Epstein. One revelation details the trove of evidence uncovered at Epstein's home, including binders of CDs with tens of thousands of photographs, the Daily Beast reported Wednesday with a description of the photos.

"Some of those never-before-seen images—released by federal prosecutors this week—depicted happier days of the late sex-trafficker’s romance with his alleged accomplice, British socialite Ghislaine Maxwell, who is accused of helping him groom and abuse four underage girls from 1994 through 2004," the report explained. Even after Maxwell and Epstein broke up, she remained "best friends" with him and an associate "involved in every detail" of his life.

On Wednesday, writing for FiveThirtyEight, Mackenzie Wilkes and Nathaniel Rakich broke down the ways in which former President Donald Trump's endorsements in Republican primaries has shifted since he left office.

"Now that Trump is no longer president ... one of the big questions of the 2022 midterms is what degree of influence he still wields within his party," said the report. "We won’t really know the answer to that question until next year’s elections get going in earnest. But one thing we already know is that Trump’s endorsement strategy looks pretty different from when he was in office."