'I hate n*ggers. That is all': 5 Ohio deputies probed for years of racist text messages 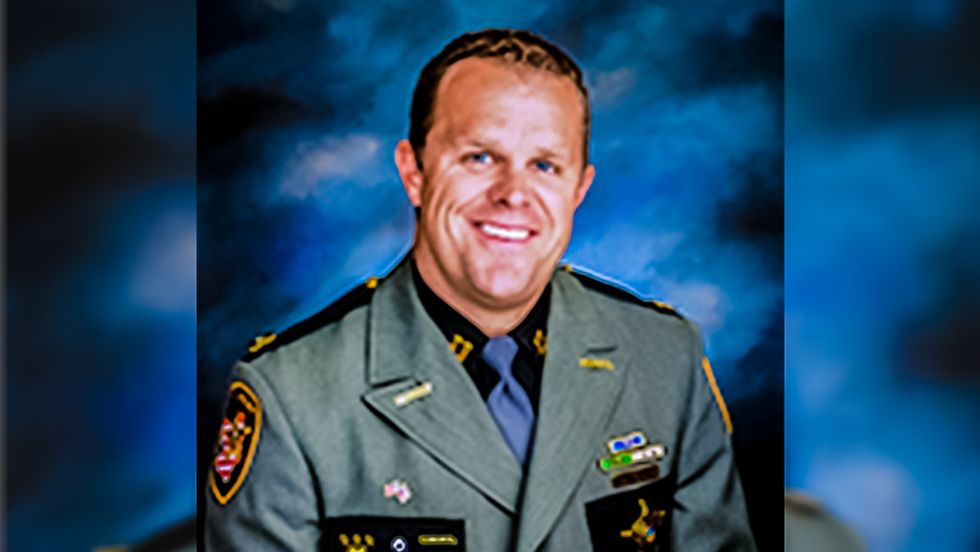 The Montgomery County Sheriff's Department revealed this week that five deputies were under investigation for allegedly sending racist text messages while on duty.

In a statement on Tuesday, Sheriff Phil Plummer said that two of the five deputies -- Sheriff’s Capt. Thomas J. Flanders and Detective Michael J. Sollenberger -- had been placed on indefinite paid administrative leave starting on Dec. 1.

According to WDTN, Flanders is in charge of the Montgomery County Jail, and Sollenberger works with the internal affairs unit and is a member of the SWAT team. The three other deputies had not been identified by name, and had not been suspended.

Sheriff Plummer said that the deputies sent racial messages on their personal phones between November 2011 and January 2013. Some messages were sent while the men were on duty, and some messages were directed at African-American deputies, he said.

“The N-word was used several times as well as other racial slurs and jokes,” Plummer noted. “Racism will not be tolerated in this office.”

WKEF reported that it had obtained "hundreds of pages of text messages." One read: "What do apples and black people have in common? They both hang from trees."

"I hate N*ggers. That is all," another text message said.

Dayton Unit NAACP President Derrick L. Foward received an anonymous tip about the messages in August, and reported it to the department. Officials said that they conducted a three-month investigation, and conferred with the NAACP national office before going public with the allegations.

Foward expected the deputies to be fired if the internal investigation concluded that they sent the messages.

Employment attorney Jason Matthews told WHIO that the men could lose their jobs even though the messages were sent on their personal phones.

“It is possible that somebody could lose their job because of the messages, but I think a lot of it depends on the position that they hold,” Matthews explained. “It also depends on whether they’re a private sector or public sector employee, whether they have certain protections, such as a collective bargaining agreement or personnel policies that would protect them from being terminated.”

Montgomery County Sheriff's Department code of ethics states that officers will keep their "private life unsoiled as an example to all," and officers "will never act officiously or permit personal feelings, prejudices, animosities, or friendship to influence my decisions."

Sheriff Plummer said that the deputies appeared to be in shock when they were first confronted, but that they "did not apologize."