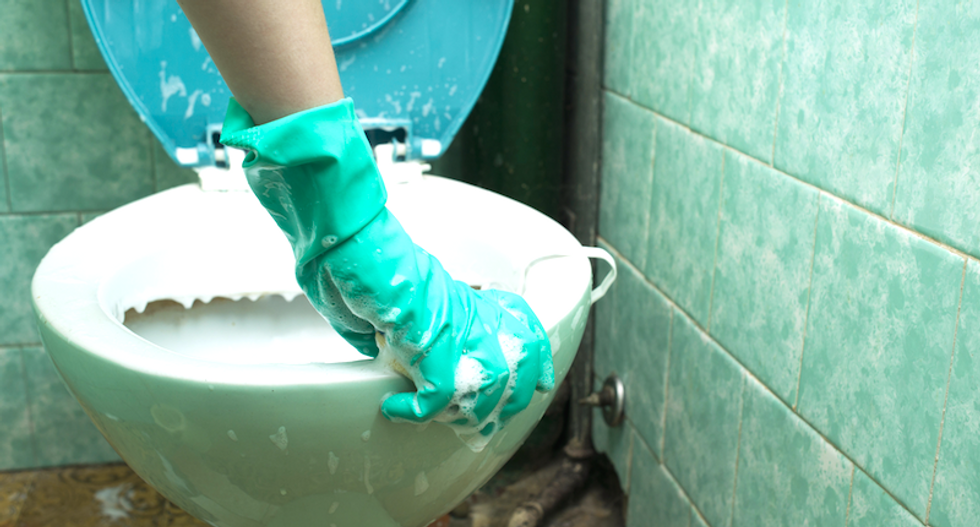 An Indian student who travelled to Iraq to join the Islamic State group has returned home disillusioned after jihadists made him clean toilets and do other menial jobs, according to media reports.

Areeb Majeed, 23, left for Iraq with three friends in late May amid fears by authorities that IS militants were attempting to recruit from India's large pool of young Muslim men.

The engineering student flew home Friday to Mumbai where he was arrested and charged by India's elite National Investigation Agency (NIA) with terror-related offences.

Majeed told NIA officers he was sidelined by the jihadists for whom he fetched water and performed other lowly tasks such as cleaning toilets, instead of taking part in the deadly offensive like he wanted, the Press Trust of India news agency reported.

He phoned his family to say he wanted to come home after suffering an unexplained bullet wound for which he did not get proper medical attention, the agency said late Sunday.

"Only after I begged them, I was taken to a hospital," he was quoted as saying by NIA officers. "There was neither a holy war nor any of the preachings in the holy book were followed."

India's moderate population of 150 million Muslims have traditionally not been drawn into sectarian conflicts in the Middle East and elsewhere, but the case of the four raised concerns about online recruitment.

Al-Qaeda announced in September a new chapter of its extremist movement charged with waging jihad in South Asia, prompting several Indian states to be placed on high alert.

Tanvir Sheikh, the father of one of Majeed's friends who was still missing in Iraq, said he felt betrayed by his son.

Sheikh said his son Fahad was offered a job in Kuwait but instead decided to travel to Iraq to join the extremists.

"He had got a job offer from Kuwait with a salary of three lakh rupees ($4,800) but he ignored that and instead took up arms. Now what happens to his future?" Sheikh told the Indian Express newspaper on Monday.

"I feel let down by my son. He had a bright career ahead of him but he took advantage of our love and betrayed us."

Radicalized foreigners have been drawn to the IS group, which has conducted a series of mass executions and other atrocities since launching its offensive in Iraq and Syria in June.