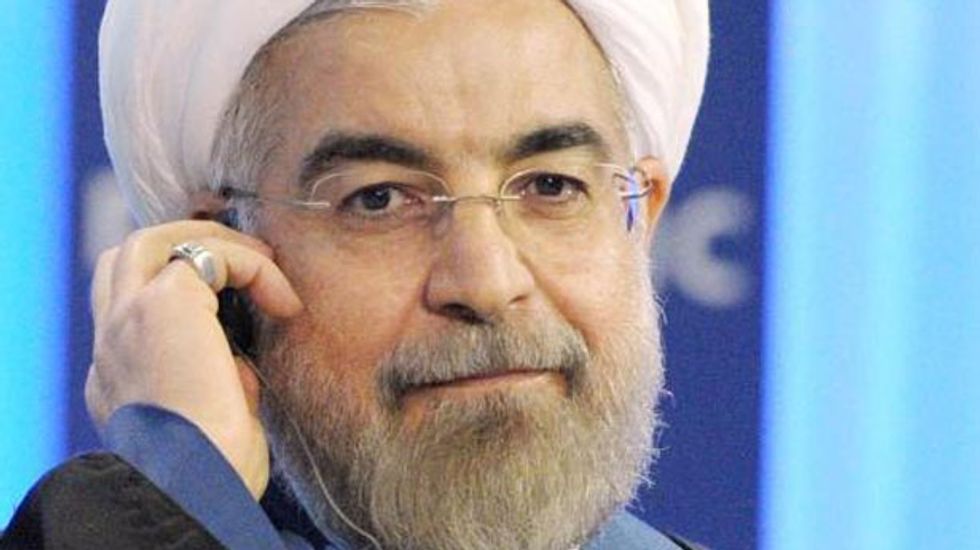 Iran has seized on Washington's historic rapprochement with Cuba after five decades of Cold War standoff as proof that big power sanctions do not work.

"The defence by the Cuban government and people of their revolutionary ideals over the past 50 years shows that policies of isolation and sanctions imposed by the major powers against the wishes of independent nations are ineffective," foreign ministry spokeswoman Marzieh Akfham said.

The statement, released late Saturday, was Iran's first official reaction to the rapprochement announced by the two governments on Wednesday.

Washington and Havana said they would launch measures to ease a five-decade US trade embargo as well as a prisoner exchange. First official talks are scheduled for January.

Cuban President Raul Castro on Saturday hailed the thaw with Washington and said he was ready to discuss any topic with the United States.

Iran and the United States severed diplomatic ties after the November 1979 takeover of the US embassy in Tehran, along with 50 American hostages, which lasted 444 days.

A year later Washington slapped a trade embargo on Iran, and since 2006 the Islamic republic is also facing UN sanctions over its controversial nuclear programme.

Further international sanctions on Iran were announced in 2012, including US and European Union sanctions on oil exports and financial transactions.

Iran denies it is seeking a bomb and says its nuclear programme aims to produce atomic energy to reduce the country's reliance on fossil fuels.

A historic 15-minute telephone call between US President Barack Obama and his Iranian counterpart Hassan Rouhani in September 2013 marked the first contact between leaders of the two nations since 1979.

The call was a tentative step towards a thaw between the two countries, who have been engaged in tenuous nuclear talks along with other world powers.

The talks between Iran and the P5+1 -- Britain, China, France, Russia, the United States and Germany -- have been extended until June 30 after the two sides failed to meet a November 24 deadline.