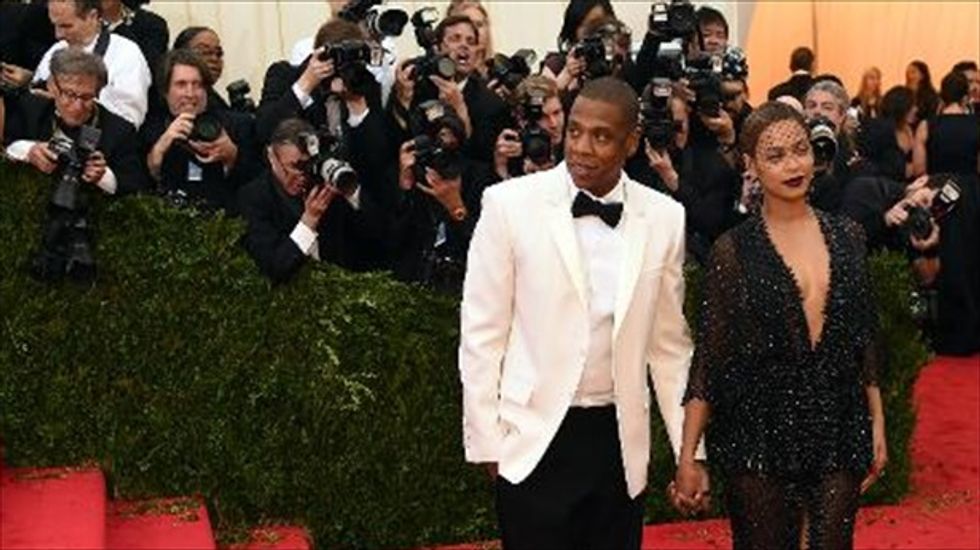 Lose the Cristal. Pop the "Ace of Spades" Armand de Brignac -- but have a well-stuffed wallet ready.

Since the champagne's cameo role in a video featuring rapper Jay Z, Armand de Brignac has climbed from its luxurious, but obscure niche to become the bubbly of choice for today's star-studded, bling-conscious crowd.

So fond of the fizz is Jay Z, that he bought the brand with the ace of spades logo in November.

The gradual escalation of price has coincided with its embrace by some of the planet's most conspicuous celebrity consumers.

The unabashedly flashy brand has become a favorite at soirees featuring the rich and famous, like David Beckham, Leonardo di Caprio, and Olympic hero Usain Bolt.

The brand's bling quotient, it turns out, has been an essential part of its identity since its conception.

'Show Me What You Got'

"It all began as a kind of joke in early 2000," says Jacques Cattier, 70, who presides over the family champagne business from the 33-hectare farm that his ancestors founded in 1763. "We wanted to make an entirely superlative champagne -- the most beautiful, the most expensive, and the best."

The result was a glittery, metallic bottle emblazoned with the ace of spades logo.

Cattier took his fashion statement beverage to market in 2006 with a 20,000-bottle batch.

A large portion of that initial product was shipped off to the effervescent US market. But it took a spritz of controversy to help it take off among trendy American tipplers faithful to what had been the reigning favourite, Cristal.

In mid-2006, Jay Z, who is also a music business tycoon and fashion mogul, turned against his beloved Cristal.

Angered at what he considered a racist comment by an executive involved with Cristal over its growing association with rap stars, Jay Z urged peers and fans to join him in boycotting the brand.

"It was then the fairy tale began," says Philippe Bienvenu, business director at Cattier who produce the wine that is then sold under the Armand de Brignac brand. "Jay Z discovers our bottle in a New York shop, and decides to use it in the 'Show Me What You Got' video being shot in Monte Carlo. A veritable big bang for us."

The video features a scene of a seedy poker game, during which Jay Z demonstratively refuses a bottle of Cristal in favor of one with the ace of spades logo.

For Cattier, it was product placement paradise.

In the wake of the video's airing, U.S. distributor Sovereign Brands was inundated with enquiries and orders. Before long, corks were popping in glitzy celebrity parties and pricey Las Vegas casinos.

In 2010, Jay Z visited the Cattier's Chigny-les-Roses village operation with his wife, Beyonce.

Four years later he acquired its flagship brand for an undisclosed sum.

"We acknowledge the bling-bling (reputation), but it's a bit reductive," Cattier says, adding much care goes into the content as well. "Our wine was voted best in the world by Fine Champagne magazine."

Whether it's taste or trendiness driving growth, surging demand has already led Cattier to increase initial production five fold. It now aims to market up to 300,000 bottles annually within five years.

"The adventure continues with Jay Z wanting to invest in our champagne," says Bienvenu. "He says Armand de Brignac is his baby."