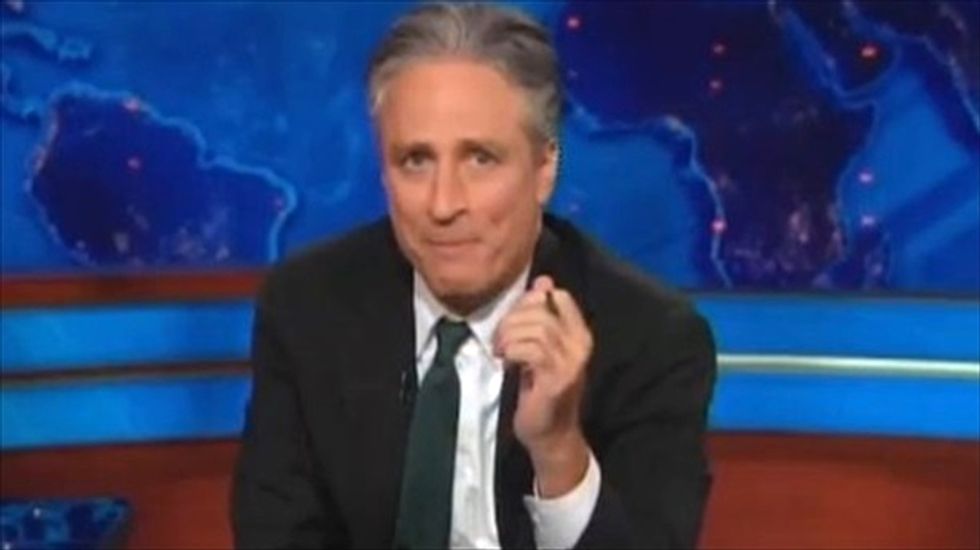 "What would you say to those people?" Stewart asked Wilmore, who will debut as host of the Nightly Show next month.

The conversation about "Black-on-Black" crime, Wilmore argued, is already happening within Black communities.

"Do you think people are using this argument as a way to invalidate the righteous nature of any of the protests?" Stewart asked next.

In response, Wilmore played a clip of Fox News host Bill O'Reilly accusing protesters of "aiding and abetting" looters by not leaving demonstration sites, and saying that violence during the protests had increased bias against African-Americans.

"I have a dream, Jon," Wilmore said. "That one day, the actions of a few sh*tty white people will be seen as discrediting their entire race."

Stewart also mocked the St. Louis County Police Association for misstating on Monday that the NFL's St. Louis Rams had apologized after five of its players took the field this week making the "Hands Up, Don't Shoot" gesture that has characterized protests in Ferguson and around the U.S.

"I see the confusion," Stewart said. "The Rams made the 'Sorry if you were offended' non-apology that no one ever believes is an actual apology. And instead of rejecting the non-apology outright like a normal group, the cops confused things even more by accepting it, forcing the Rams to clarify the passive-aggressive nature of their non-apology. Which means at least, finally, in this country, we're having the important national conversation about semantics we need."

Watch Stewart and Wilmore's commentary, as posted online on Tuesday, below.