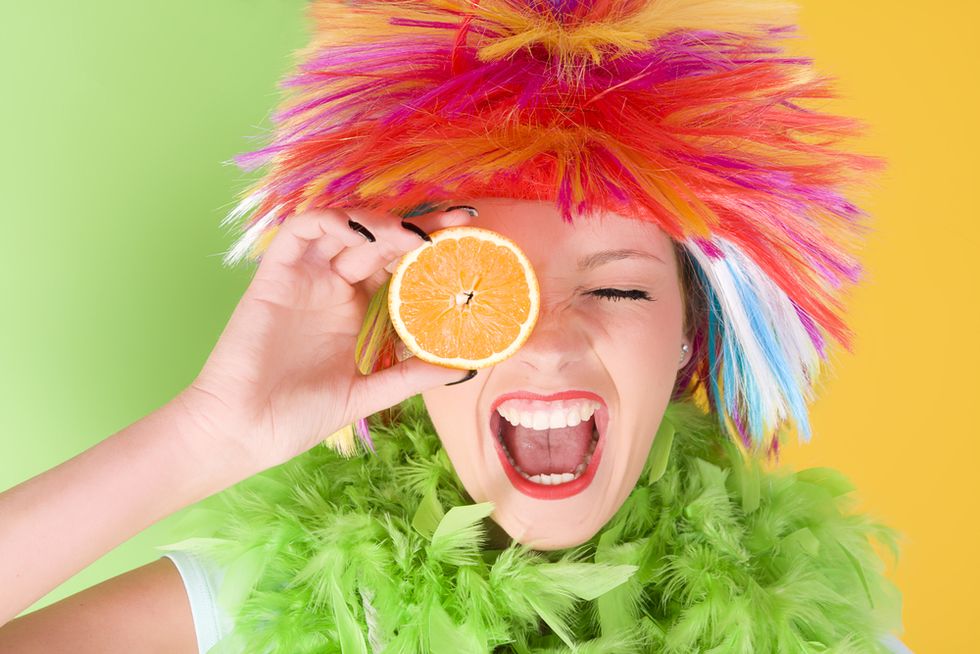 Juice "cleanses" and "detox" regimens are a popular diet fad that's based in the mistaken notion that our bodies need extra help eliminating "toxins" that we take in through the environment.

Consumers shell out millions of dollars every year for pricey blends of fresh-squeezed fruit juices with additives like ginseng and spirulina, an algae-based "superfood" that is the bright green color of pond scum.

A "cleanse" is when a person foregoes food for a prescribed number of days and consumes a series of juices along the way as their only sustenance. Advocates of juice cleanses say that a few days of deprivation is a small price to pay to eliminate the poisons that are allegedly ravaging our bodies from within, aging us prematurely and causing our bodies to retain excess weight and thereby making us vulnerable to cancers and other afflictions.

Lifehacker.com asked a dietician, a nutritionist and a science writer about their opinions on juice cleanses and all three said that the fad is based on junk science.

Kamal Patel, the nutritionist said, "What ties these diets together is a dual aim: weight loss plus a notion that we have built-up toxins in the body which are slowing us down and possibly killing us. So a typical cleanse, let's say of juices only, is meant to shift your intestines away from digestion and absorption and towards 'ridding the body of toxins.'"

However, dietician Andy Bellatti told Lifehacker, "Our bodies remove toxins on a daily basis thanks to the kidneys, lungs, and liver. The whole point of going to the bathroom is to flush out toxins!"

Bellatti also said that sure, you'll lose weight on a juice cleanse, but only because you're not eating. Most of that weight is water weight, which you will gain right back the moment you return to a normal diet.

Science writer Beth Skwarecki added that fruit juices are high in sugar and that relying on them for a body's entire nutritional intake is a bad idea.

"The ones that are mostly sugar (like with lots of fruit juices, or the lemonade thing) may put you on a sugar crash roller coaster and negate the potential good effects of fasting that have to do with insulin sensitivity and such," she said.

In a New York Times profile from 2012, author and dietician Peter Kaminsky scoffed at the idea of drinking only juice for a week for one's health, saying that juices are just fruit sugar with all of the fiber taken out.

A study published in the American Journal of Epidemiology found that people who habitually skip breakfast or other meals are 4.5 times more likely to be obese than people who stick to a regular schedule of meals throughout the day.

Studies have found that people who skip meals in an effort to lose weight end up bingeing on unhealthy foods or eating larger helpings at other meals in order to make up for the calories they have lost.

The spikes and dives in blood sugar levels caused by sugary juices can also contribute to the urge to binge eat and overeat.

Patel told Lifehacker that people looking to "reset" their diets or lose weight would do better to simply drink water and fast.

"There is ample research demonstrating the effect of fasting on longevity," he wrote, "how fasting promotes autophagy, reduces mitochondrial oxidative stress, general decrease in signals associated with aging, and the potential to prevent and treat chronic illness, at least on some level. 'Intermittent fasting' may be a viable option for those otherwise looking at specific cleanse diets. You basically limit eating to a few hours a day (typically around 8). That is a simple and sustainable way of eating, and doesn't involve buying cleanse products."

For some people, juice cleanses aren't just junk science, they're actively dangerous. Juice cleanses and their associated fasting are rapidly proving to be an effective way for many dieters to mask disordered eating.

The danger of these regimes for some, wrote Dr. Judith Wurtman at Huffington Post, is that "they appeal to a segment of the population that wishes to eliminate eating so they can become super-skinny."

Marie Claire magazine pointed out that many "detox" regimes are marketed in such a way as to specifically target binge-and-purge anorexics.

"Don't ever stress about those little bacon cheeseburger attacks," coos the website for one nutritional supplement company.

Bellatti told Lifehacker that cleanses amount to a kind of magical thinking, that "(w)hat you do for five or seven days out of the year is pretty inconsequential."

"Rather than worry about 'detoxing,' people would be better off thinking about eating nutritious, health-promoting foods on a daily basis," he said. "Think leafy greens, beans, whole fruit, nuts, and seeds. The idea that six months of unhealthy eating can somehow be remedied by drinking nothing but green juice for 72 hours is erroneous."