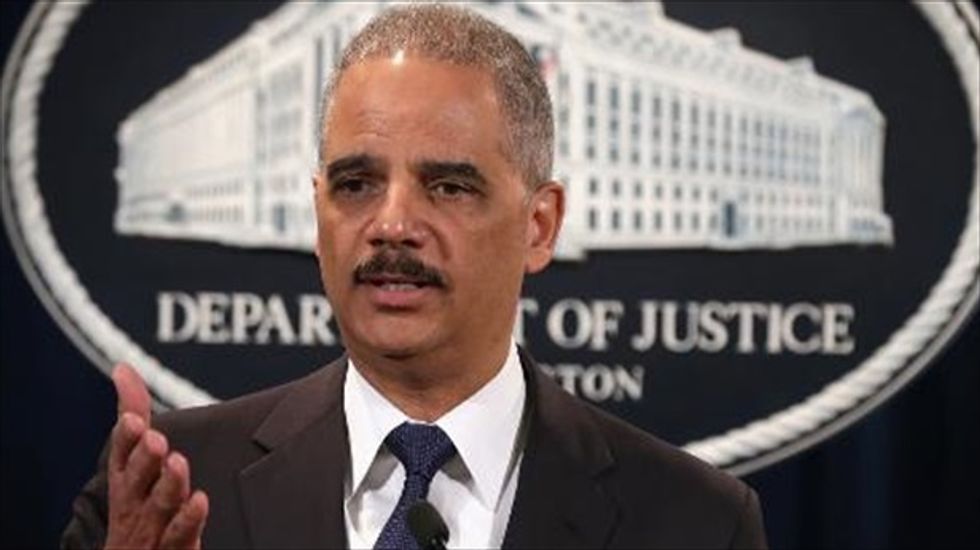 U.S. Attorney General Eric Holder said on Wednesday the Justice Department was launching a federal civil rights investigation into the death of Eric Garner, an unarmed black man who died after New York police put him in a chokehold.

Earlier on Wednesday, a New York grand jury decided not to charge a white police officer who applied the chokehold as police tried to arrest Garner in July in the New York borough of Staten Island on suspicion of illegally selling cigarettes.

"Our prosecutors will conduct an independent, thorough, fair and expeditious investigation," Holder told reporters. "In addition to performing our own investigative work, the department will conduct a complete review of the material gathered during the local investigation."

It was the second grand jury in just over a week to decline to prosecute a white policeman in the death of an unarmed black man. The decision by grand jurors in Ferguson, Missouri, in the death of teenager Michael Brown sparked a spasm of violence, with businesses burned and looted.

Calling Garner's death a "tragedy," Holder said: "All lives must be valued. All lives."

He said the case was one of several recent incidents across the country that "have tested the sense of trust that must exist between law enforcement and the communities they are charged to serve and protect."

Holder urged protesters to "remain peaceful in their demonstrations, and not to engage in activities that deflect our attention from the very serious matters our nation must confront."