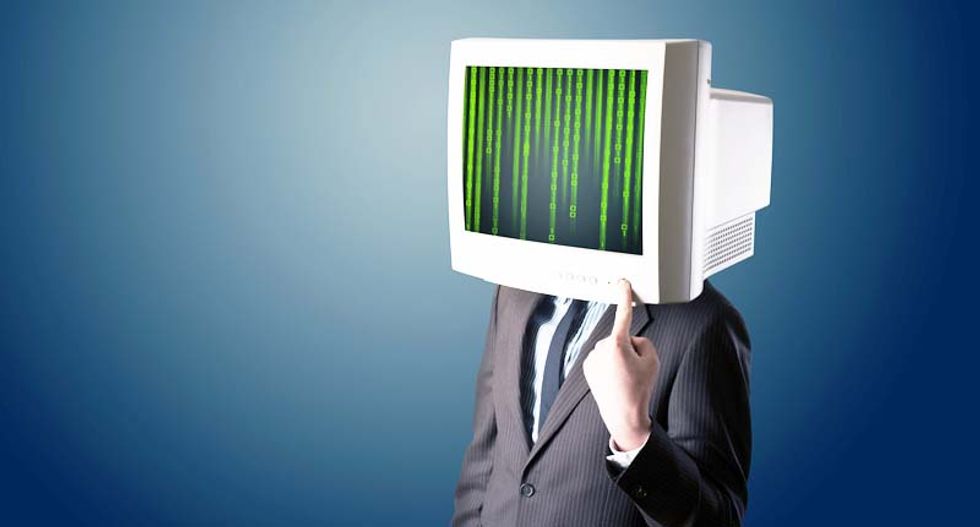 It seemed like everyone with a 56k modem had a blog because they had something to say or they needed to explain to the world that everyone else was a big stupid-head about [insert personal obsession that drove away loved ones, friends, family, and even caused pet goldfish to commit suicide] and "here is why."

There were many good bloggers with original voices experimenting with new methods of sharing critical information in an attempt to change the world one blog post at a time. There were also awful bloggers, but they were mostly 'mommy bloggers' who are the worst, --  even worse than Nazis or Scientologists or Nazi Scientologists who sell Amway.

There, I said it.

But then the internet changed and everyone was all about "monetizing" and "branding"  and getting people to write for them for free [coughariannahuffingtoncough] for "exposure," which doesn't pay the rent or keep a blogger knee-deep in those Cheetos we kept hearing they lived on. Then news/commentary websites proliferated and some bloggers were assimilated, and some gave up the ghost, and some actually died and became ghosts, although their blogs live on somewhere in the recesses of the internet where everything lives forever... particularly when you're looking for a job and some nosey HR person has time on their hands when they're not looking at porn.

But some still keep plugging away for their loyal followers or maybe just for themselves because they have still have something to say and it beats screaming at the TV or talking to an increasingly desperate-looking goldfish.

Back in those olden days there was a very special blogger who wrote under the name of "Jon Swift," penning brilliant satire and expertly sticking the shiv into the most deserving of targets. 'Swift' was writer Al Weisel, who sadly left us way too young. Weisel was a great supporter of all blogs great and small, and every year he would host a "Best of the Blogs" post where he let the bloggers themselves pick their best or favorite post of the year.

After Al's untimely death, Batocchio at Vagabond Scholar took up the heavy load of contacting bloggers -- once again big and small -- and compiled and linked their faves for our end-of-the year  long-read pleasure.

You and your exhausted naughty parts can thank me later.