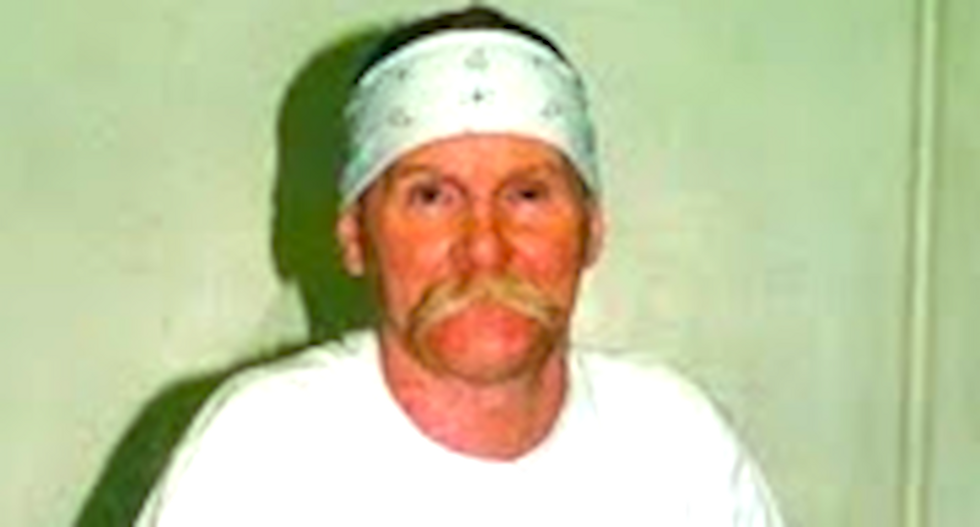 White supremacists are planning a kid-friendly “Christmas with the Klan” event to raise money for an imprisoned former Aryan Nations member.

The U.S. Bureau of Prisons rescinded parole for Gary Yarbrough, a member of The Order white nationalist paramilitary group, after prosecutors said he posted messages on racist online forums such as Stormfront while incarcerated.

His wife, Susan, claims Yarborough didn’t even have Internet access at Florence ADX, a super-maximum security prison in Colorado, and she said the website GoFundMe won’t allow her to set up an account to raise money to pay for his legal defense.

Shaun Patrick Winkler, a self-described “Imperial Wizard” of the Aryan Nations Knights of the Ku Klux Klan, is organizing a fundraiser next weekend near Holly Springs, Mississippi.

The Southern Poverty Law Center reported that Winkler, an associate of Aryan Nations founder Richard G. Butler, intends to hand out “free gifts for all children” at the event – which will feature the burning of three crosses.

He also told participants that “no alcohol, drugs or drama allowed.”

Yarborough left the Aryan Nation, where he had served as chief guard, in 1984 to join The Order splinter group that intended to start a race war and revolution against the U.S. government.

He pleaded guilty the following year to firearms and explosives charges.

The gun used to kill Denver talk radio host Alan Berg in 1984 was found at Yarbrough’s home, but he denied involvement.

Two Order members were convicted on federal racketeering, conspiracy, and civil rights violations charges for their involvement in the death of Berg, a Jew and outspoken liberal.