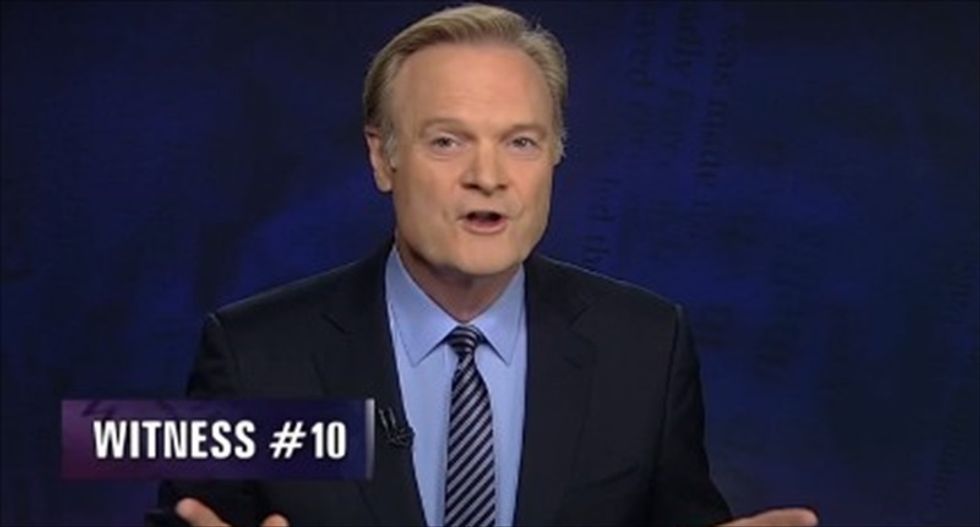 Missouri Attorney General Chris Koster (D) admitted that the grand jury in the Darren Wilson case was given misleading information regarding the use of deadly force by police, MSNBC host Lawrence O'Donnell reported on Wednesday.

"Among the problems that Ferguson has brought to light is the need to update Missouri's use of deadly force statute," Koster said in a statement read by O'Donnell. "This statute is inconsistent with the Supreme Court's holding in Tennessee v. Garner. Consequently, it is important this statutue be amended by the Missouri legislature to incorporate the Garner decision to avoid confusion in the criminal justice system."

O'Donnell reported last week that St. Louis County assistant district attorney Kathy Alizadeh mistakenly gave jurors a copy of a 1979 statute allowing officers to use enough force they feel is necessary "to effect the arrest or prevent the escape from custody."

The statute had been used to justify officers shooting and killing suspects even if their lives were not in immediate danger. But, O'Donnell said at the time, Alizadeh glossed over a 1985 Supreme Court ruling rendering such statutes unconstitutional, telling the grand jury, "As far as you need to know, just don't worry about that." Alizadeh only informed the jury of the discrepancy less than a week before it decided not to acquit Wilson for shooting and killing 18-year-old Michael Brown this past August.

On Wednesday, O'Donnell also reported that the district attorney's office would not say how many times Alizadeh or any member of its team had made a similar error before a grand jury.