Make it so!: Nebraska man developing world's first 'warp drive' in his garage 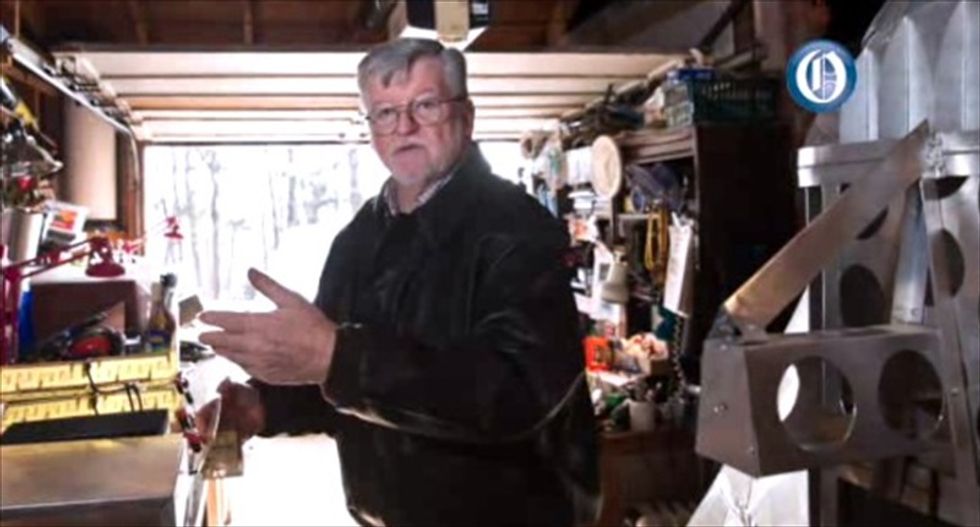 A 62-year-old Nebraska man is working on what he believes will be a functional "warp drive," with plans to experiment with a small craft as early as next summer, the Omaha World-Herald reported.

"Within 6 months from now we'll be able to demonstrate lifting off the ground," David Pares said. "The aftermath of that will be quite revolutionary, in the sense that the motors can work within the Earth's atmosphere, can work in space. This will allow our country, the United States, to be a leader in space technology."

Pares, an adjunct professor at the University of Nebraska-Omaha and three other colleges, said he is developing motors that will be able to reproduce "space warp bubbles" which he believes already happen in nature.

Pares' theory is that phenomena like Bruce Gernon's December 1970 flight through the Bermuda Triangle, in which he reportedly traveled 100 miles in less than 10 minutes, have been enabled by electrical energy generated during thunderstorms. Pares also cites physicist Miguel Alcubierre's "space warp" theory, which he developed in 1994.

"A ship would ride inside this region characterized as a local space warp bubble of flat space," Pares' website states. "Since the ship is not moving within this bubble, it is just carried along, as the region itself moves. Conventional relativistic effects are not violated since it is just the contraction of the metric of space in front of it and the expansion and return to normal space behind the object."

Pares has since converted his garage into a lab, which houses a working laser and Faraday cage, as well as the "Blue Bird II," a 7-by-7 foot craft that will be the subject of his experiment next summer, in which he hopes to be able to lift the ship off the ground.

"[I'm] proud to say it -- discoveries can still be made out into a garage," David Pares told the World-Herald. "And we've made a massive discovery here. The overhead is low. We stretch every dollar we have. I've invested a lot of money into this."

Watch the World-Herald's report on Pares' work, as posted online on Saturday, below.