Man arrested after armed rooftop standoff in Pennsylvania was not Santa 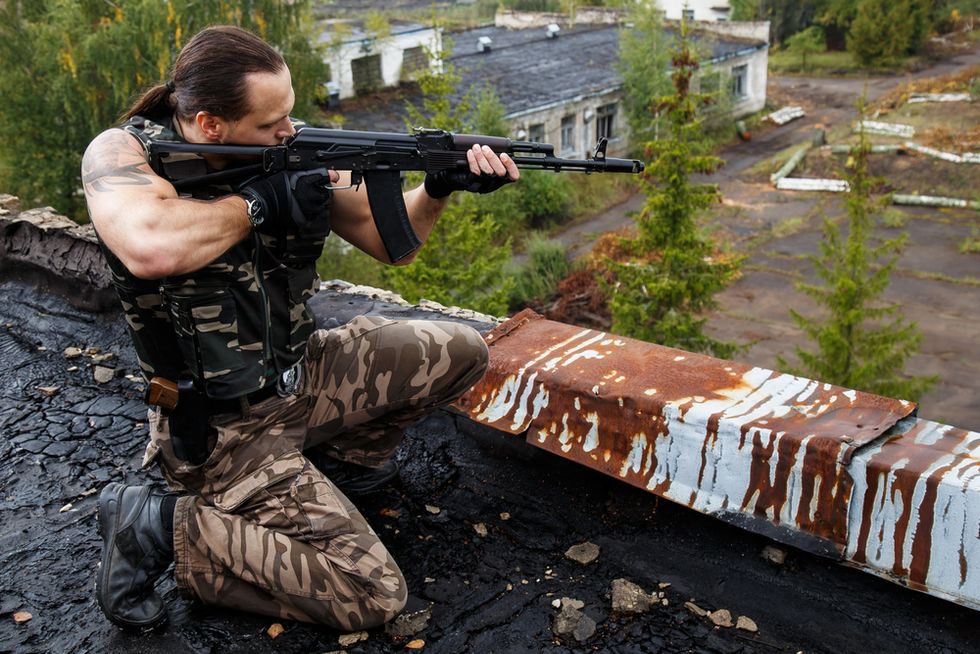 It wasn't the tapping of tiny reindeer hooves on the roof of one Pennsylvania house this Christmas. A 26-year-old man in Bristol Township was arrested in the early hours of Christmas morning after he climbed out on to his rooftop and aimed a rifle at a neighbor.

The Bucks County Courier-Times said that police arrested Dwight Starr Gregory around 2 a.m. on Thursday after neighbors reported that he exited an upstairs window and ascended to the roof of his house while brandishing a rifle. Gregory then pointed the weapon at a neighbor, police said.

Gregory was charged with a misdemeanor count of making terroristic threats and harassment. Neighbors told police officers that an argument between Gregory and another man had gotten out of hand and that Gregory had then threatened the man with his rifle.

By the time police arrived, Gregory had gone back indoors. A police report said it took him several minutes to answer the door.

Officers found several more weapons and numerous rounds of ammunition inside the house.