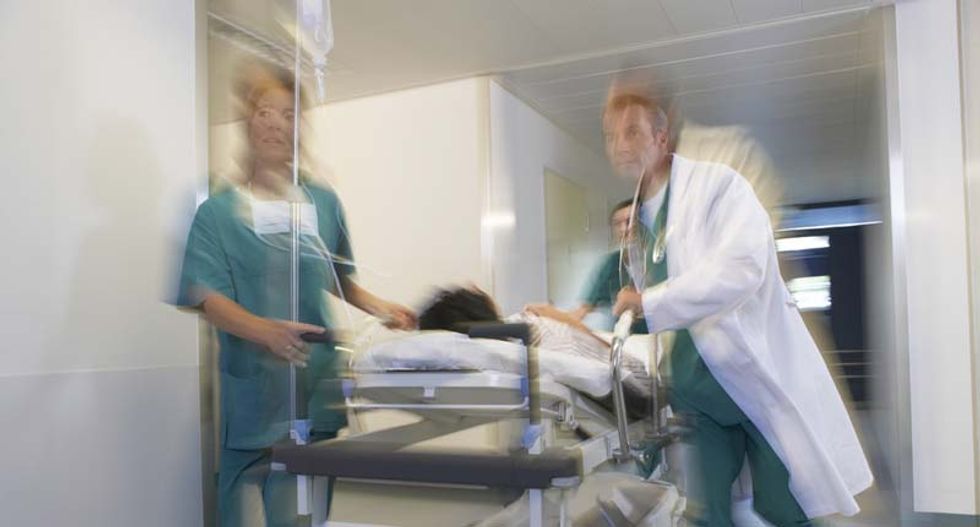 (Reuters) - A patient at a psychiatric hospital in New York City has been charged with killing a fellow patient at the state-run facility, police said on Saturday.

Police responded late Friday to an emergency call from the Bronx Psychiatric Center, in the Bronx borough, where they found a 51-year-old man unconscious and unresponsive with abrasions to his neck, the New York City Police Department said.

Another patient at the facility, Brett Smith, 19, was arrested on charges of second degree murder, police said.

The circumstances surrounding the homicide were still being investigated, police said.

It was unclear if Smith had obtained an attorney our how he would plead during arraignment next week.

The Bronx Psychiatric Center is a state-run facility that offers both inpatient and outpatient psychiatric treatment.

A nurse at the facility declined to give comment on the incident, saying any information was protected under patient confidentiality laws.

There was no immediate response from the state Office of Mental Health in Albany, which oversees the facility.

(Reporting by Victoria Cavaliere in Seattle Editing by W Simon)