Mass. official delivers Hanukkah jaw-dropper: 'Jesus is the reason for the season' 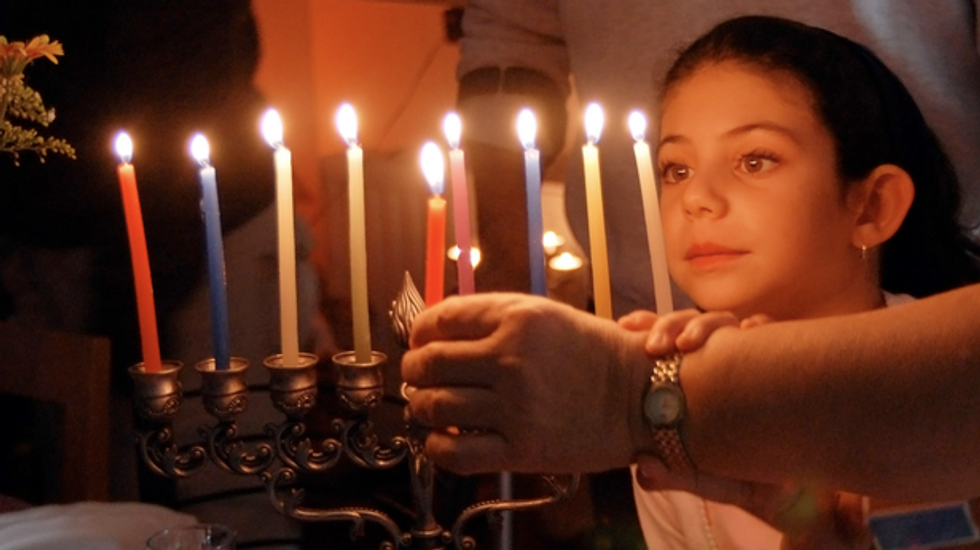 A city official shocked onlookers Tuesday in Massachusetts with his pronouncement during a ceremony marking the start of the Jewish holiday of Hanukkah.

"Jesus is the reason for the season," said Springfield City Councilor Bud Williams.

Hanukkah celebrates two miracles, neither of which involves the Christian Messiah.

The holiday marks the 2nd Century BCE victory of a greatly outnumbered army of Jewish Maccabees over the Greek occupying force and the lighting of a menorah after liberating the Holy Temple.

The Maccabees believed they had only enough oil to last one day, but the menorah burned for eight days and nights.

Williams, who is Baptist, said he mentioned Jesus after previous speakers referenced “the bright light” from 2,000 years ago, which he took to be an allusion to the birth of Christ.

"Jesus was Jewish," Williams said. "To me, Jesus is the messiah ... I thought I was being very positive."

"Jaws dropped," reported the Springfield Republican, but Williams said some participants, including rabbis, thanked him for his remarks afterward.

However, none of them have commented on the record.

"I thought it added something to the service, it didn't take away," Williams said.

A spokesman for Springfield Mayor Domenic Sarno, who attended the event, said “the councilor’s comments can stand on their own.”

Cassidy Hutchinson: The ex-Trump footsoldier with a 'smoking gun'

Her name evokes an outlaw in the American Old West, and Cassidy Hutchinson did not disappoint as the young gunslinger gave it to Donald Trump with both barrels.

Once an ardently loyal footsoldier in the former commander-in-chief's posse, Hutchinson turned sheriff Tuesday as she fired off a volley of allegations without historical parallel against an American president.

NASA administrator Bill Nelson said Wednesday the agency will reveal the "deepest image of our Universe that has ever been taken" on July 12, thanks to the newly operational James Webb Space Telescope.

"If you think about that, this is farther than humanity has ever looked before," Nelson said during a press briefing at the Space Telescope Science Institute in Baltimore, the operations center for the $10 billion observatory that was launched in December last year and is now orbiting the Sun a million miles (1.5 million kilometers) away from Earth.

Liz Cheney, the vice chairwoman of the J6 commitment, knows that powerful eyewitness testimony and damning facts won’t necessarily change the minds of Republican voters who believe in Donald Trump.

That’s why, you may have noticed, she has been subtly but firmly appealing to their sense of honor and loyalty, such as it is, and repeatedly reminding them that the witnesses who have testified against the former president are lifelong conservative Republicans.