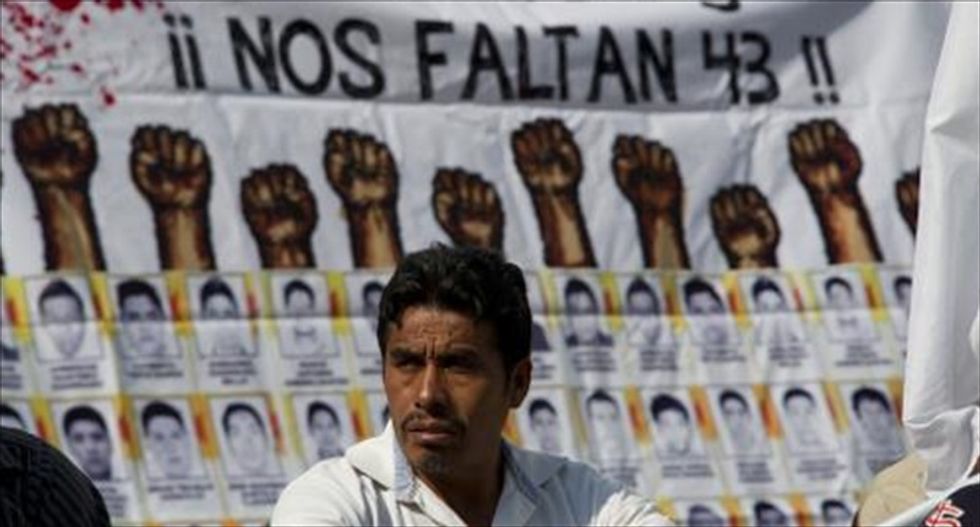 A member of the El Barzon movement protest in front of the Interior Ministry in Mexico City on Dec. 5, 2014 [Agence France-Presse]

Mexico City's police chief has resigned after sharp criticism of his officers' handling of recent protests over the apparent massacre of 43 students, the mayor said Friday.

It came amid fresh demonstrations in the Mexican capital over the case of the missing students, who were attacked by police in the city of Iguala, in the country's southwest, and then allegedly handed over to hitmen from the Guerreros Unidos drug gang on September 26.

Rodriguez Almeida, a 43-year-old former prosecutor, had been in the post since Mancera took office two years ago. Mancera did not give a reason for his departure.

Mexico City has been the scene of massive, sometimes violent protests in recent weeks over the fate of the male students. Most of the protesters arrested have been freed due to lack of evidence, stirring accusations of abusive police practices.

Rights groups have also accused the police of indiscriminate violence against activists, journalists and bystanders.

In the latest protests, hundreds of farmers from the El Barzon movement paraded in their tractors, many carrying photos of the missing trainee teachers, along with the word "Justice!"

They were also demanding a better deal for farmers, including lower prices for fuel.