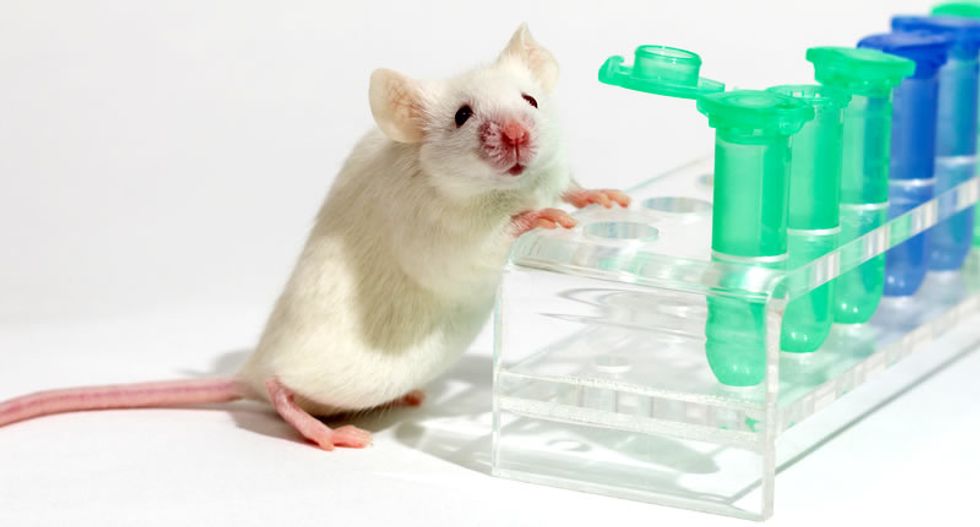 According to a paper published in the latest Journal of Neuroscience, scientists have successfully injected human glial cells -- which support the communication between neurons -- into mouse brains, creating hybrid mice four times smarter than their peers.

Steve Goldman and his team extracted glial cells from donated fetuses and injected them into mice. Within a year, the mouse glial cells had been significantly displaced by the human.

Glial cells -- in this case, astrocytes -- strengthen the synapses. The average human astrocyte is 10 to 20 times larger and has 100 times as many tendrils as a mouse astrocyte.

"We could see the human cells taking over the whole space," Goldman told New Scientist. "It seemed like the mouse counterparts were fleeing to the margins." The human cells only stopped when they reached the physical limit of the mouse's cranial capacity.

In memory tests, the mice with humanized brains did four times better than their peers. "These are whopping effects," Goldman said. "We can say they were statistically and significantly smarter than control mice."

However, he noted, "it's still a mouse brain, not a human brain," because all the neurons are still mouse neurons.

"But all the non-neuronal cells are human. This does not provide the animals with additional capabilities that could in any way be ascribed or perceived as specifically human," Goldman continued. "Rather, the human cells are simply improving the efficiency of the mouse's own neural networks. It's still a mouse."

The team opted not to inject the cells into humanity's closer relatives, like chimpanzees.

"We briefly considered it but decided not to because of all the potential ethical issues," Goldman said.