Michele Bachmann: I destroyed liberal arguments with my superior logic 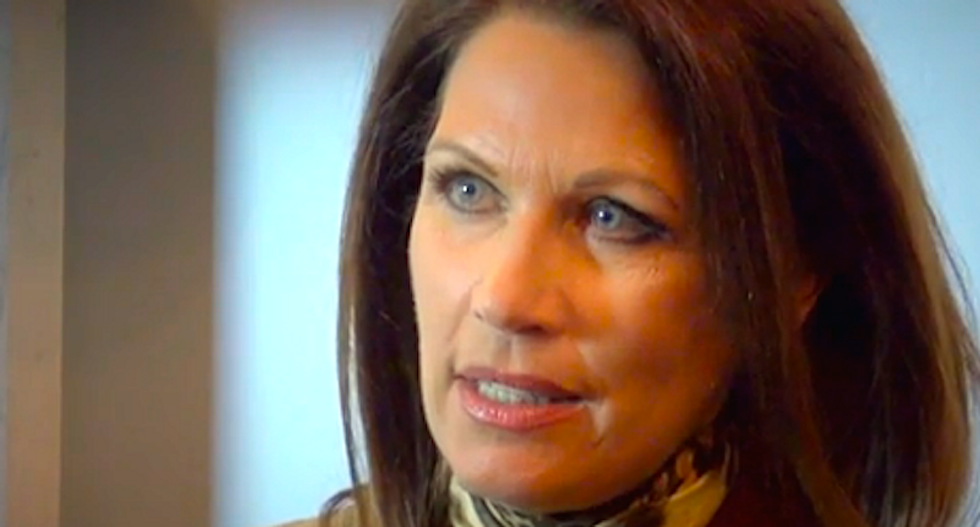 As she nears the end of her tenure in Congress, Rep. Michele Bachmann (R-MN) reflected back on her adversarial relationship with liberals.

“Well, telling the truth bothers them,” Bachmann said. “They don’t like to have the truth told about them, and that’s really what it is. I didn’t fear the left. I decided to take them on in the arena of ideas by attacking their false premises and their false narratives.”

Bachmann told World Net Daily, which referred to her as a “GOP legend” in the headline, that she had become a media target because she had basically outsmarted her liberal foes.

As Right Wing Watch noted, Bachmann was so noted for her false claims that the chief fact checker for the Associated Press established a “self-imposed Michele Bachmann quota," and Politifact found the Minnesota Republican had the worst record for accuracy by far of any 2012 presidential candidate.

“I took them on, and their agenda, and I went to the heart of whatever it was they wanted to advance, and tried to take it apart through evidence-based arguments, and they don’t like that,” Bachmann said. “When the left argues, they argue from emotionalism.”

She blamed liberals for driving Republican women away from seeking political office.

“The Republican Party always gets a bad rap because there are not as many women that are in elective office, but it’s a tough business,” Bachmann said. “It is public humiliation, public ridicule, constant criticism when you’re in public office – if you take on the left.”

Watch an excerpt of the interview posted online by RWW Blog: