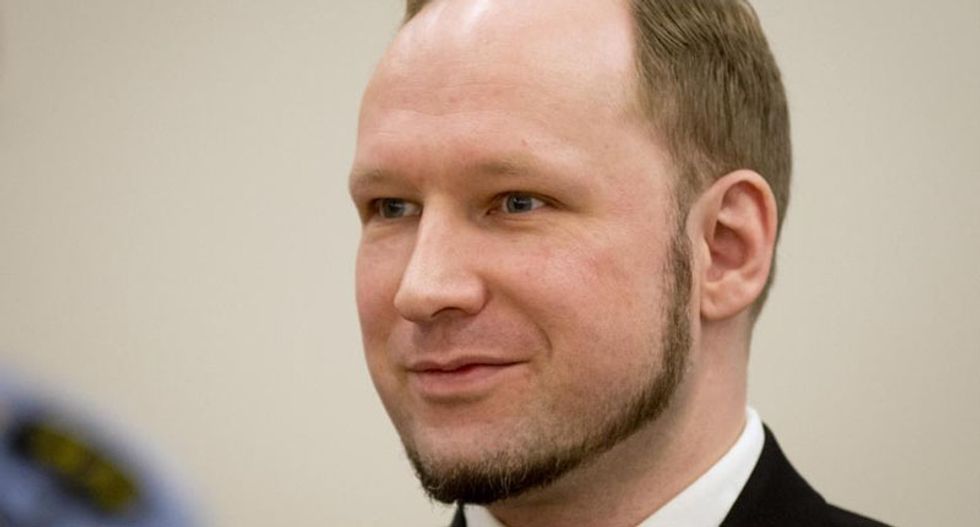 Norway's prison authorities said Monday they had seized over 200 letters from mass murderer Anders Behring Breivik to prevent him from setting up a network outside jail.

Breivik killed 77 people in a bombing in Norway's capital Oslo and in a shooting rampage on a nearby island in July 2011.

He said he committed the attacks to prevent a "Muslim invasion" of Norway.

"We have refused to send some letters from Breivik for reasons of security. We're talking about roughly 220 letters," Yling Faeste, a spokesman for the prison administration, told AFP.

"We control his communication, and he is not allowed to set up a network that could commit even more crimes."

Breivik, who is now aged 35, committed the worst carnage in recent Norwegian history on July 22, 2011.

After setting off a bomb in Oslo's government district that killed eight, he went on to attack a Labour Party youth camp on the island of Utoeya, where another 69 people died, most of them teenagers.

He was sentenced to 21 years in jail in August 2012, but his jail term could be extended indefinitely if he is deemed a danger to society.

Breivik now claims he has been "converted" to democracy, saying he wants to establish a political party to promote his ideas, without having to resort to violence.

He has said he has been inspired by the electoral success of the neo-Nazi Golden Dawn party in Greece.

Breivik himself contacted the Norwegian newspaper Verdens Gang to complain about the curbs placed on his correspondence.

His lawyer Geir Lippestad told the paper his client has appealed the decision to intercept his letters.

Faeste declined to describe the content of the letters to AFP.