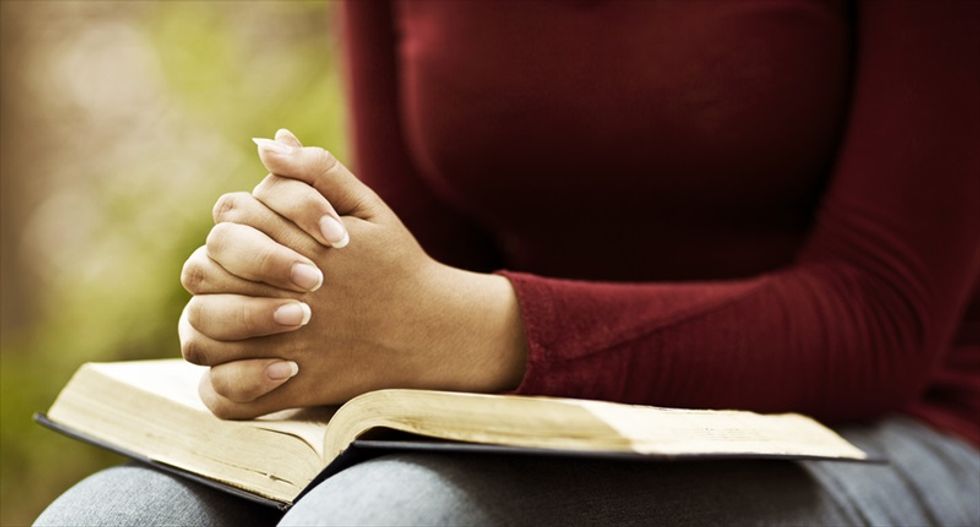 Woman praying with a Bible (Shutterstock)

A 24-year-old Muslim woman sued Cleveland police for allegedly forcing her to attend a Christian service under threat of solitary confinement, the Guardian reported.

Sakeena Majeed's lawsuit against Cuyahoga County Sheriff Frank Bova and corrections Officer Regina Watts accused Watts of making Majeed and other prisoners attend the Friday afternoon services. Majeed was also ignored by an unidentified supervisory officer when she brought up the issue.

"That should be offensive to anybody, no matter what your religion is," said Majeed's attorney, Matthew Besser. "The government can't tell you what god to pray to or to pray at all."

Majeed was serving a 60-day sentence for assault on a police officer at the time of the alleged incident, in connection with a confrontation with a local police officer who stopped her while jaywalking. Majeed was also indicted for felonious assault and resisting arrest. She served her sentence earlier this year in a low-security area known as a "trustee unit."

Bova told Northeast Media Group that the county jail also has services for inmates who practice Islam, and that other religions have services within the facility.

"We accommodate every faith up there, and no one is forced to go to any service," he said. "It's all voluntary."

The suit accuses Bova and his staff of violating Majeed's rights under the Equal Protection Clause of the Fourteenth Amendment, as well as her right to freedom of religion under the First Amendment, and also names Cuyahoga County as a defendant.

"She grew up in Kansas, and she's American as apple pie," Besser said. "She just has a different religion than most people."