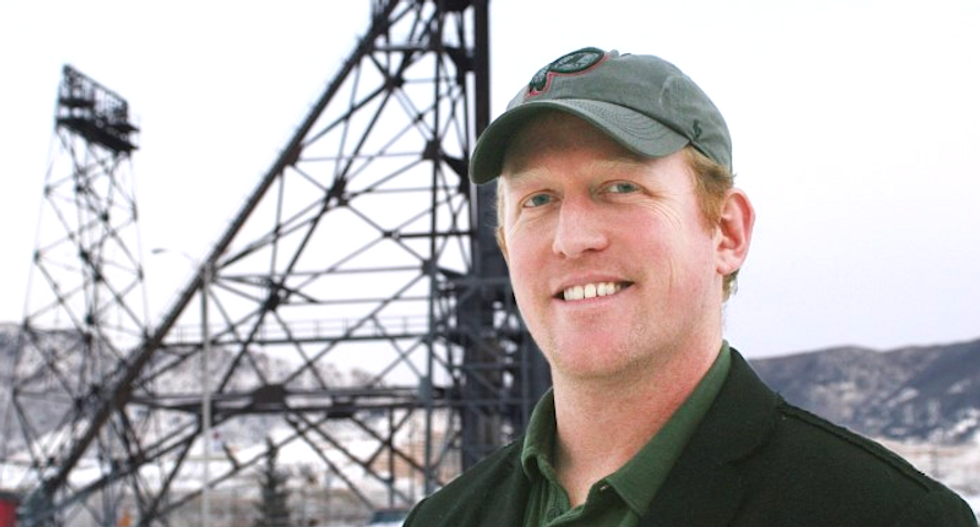 Rob O'Neill, who was on the Navy SEAL 6 team that rescued Capt. Phillips from pirates and had his role featured in the movie Captain Phillips (2013), is shown in Butte, Montana December 20, 2013. (REUTERS/Walter Hinick/The Montana Standard)

The former US Navy Seal who claims to be the soldier who fired the shots that killed Osama Bin Laden is being investigated for possibly leaking classified information, the US military confirmed.

US Navy spokesman Ryan Perry said investigators were probing claims that Rob O'Neill had broken the law by disclosing details about the daring 2011 raid that ended a 10-year manhunt for Bin Laden.

"The Naval Criminal Investigative Service (NCIS) is in receipt of an allegation that Mr O'Neill may have revealed classified information to persons not authorized to receive such information," Perry said in an email to AFP.

"In response, NCIS has initiated an investigation to determine the merit of the allegations."

O'Neill, 38, ignited a firestorm of controversy last month after coming forward to claim that he was the man who shot Bin Laden through the forehead at his hideout in Abbottabad three years ago.

The highly decorated Montana native told The Washington Post that he was near the head of the column of US soldiers that raided Bin Laden's compound, adding that at least two other SEALs fired shots.

However O'Neill's decision to go public dismayed military brass and serving SEALS who maintain a fierce, Omerta-like code of silence.

Another former Seal, Matt Bissonnette, who published his account of the raid, "No Easy Day" in 2012, took issue with O'Neill's version of events.

O'Neill told the Post he had decided to come forward after meeting with relatives of victims of the September 11, 2001 attacks on the World Trade Center in New York.

"The families told me it helped bring them some closure," O'Neill told the Post.