Neil deGrasse Tyson: Children shouldn't be looking up to role models -- they're overrated 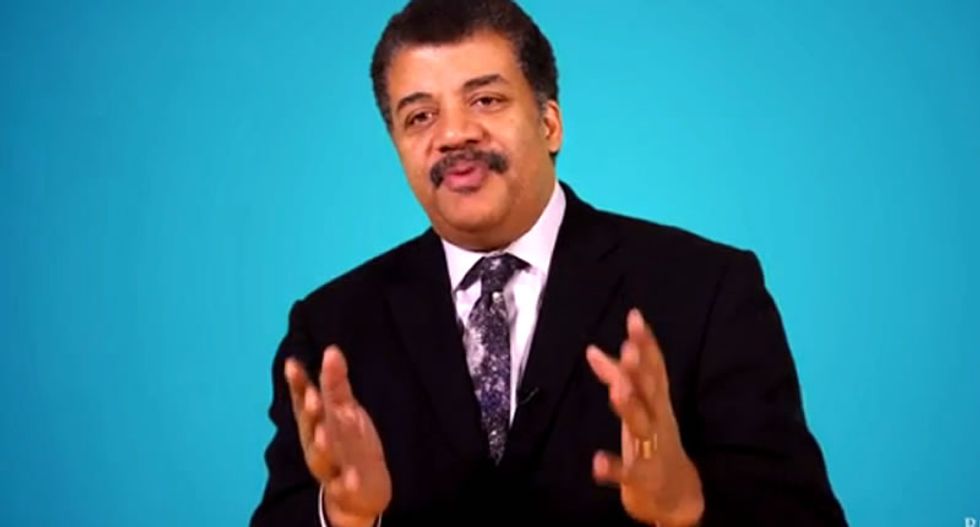 Astrophysicist Neil deGrasse Tyson spoke to Business Insider about why he believes role models, as conventionally understood, are overrated.

"When I was growing up," Tyson said, "I knew enough not to have role models in the traditional way we think of them."

"What is a role model?" he asked. "It's someone who kind of looks like you, and grew up the same way you did, and then made a profession of where you want to land."

"If you need a role model to become who you want to be, that precludes you from doing something nobody's ever done before. For that reason alone, I think role models are overrated."

"What I did," Tyson continued, "is assemble my role models a la carte. I said, 'Well, here's a person who became a scientist -- what books did they read? What path did they choose?' I don't want to be them, I just wanted to have a command of science the way that they do."

"I didn't want to be them, I just wanted that talent that they were expressing. So I stapled together, Frankenstein-style, this 'role model.'"