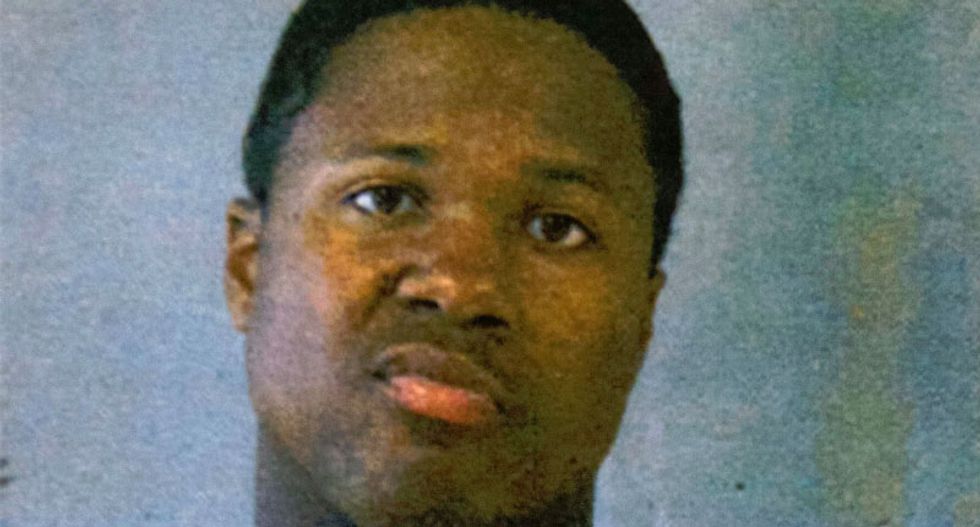 Ismaaiyl Brinsley, 28, is seen in an undated picture provided by the New York Police Department on December 21, 2014. REUTERS/NYPD/Handout via Reuters

Shortly before 3:00 p.m. on Saturday, a 28-year old with a long criminal past approached two strangers on a commercial street of Brooklyn's Bedford-Stuyvesant neighborhood.

"Watch what I'm going to do," he said, before firing four rounds into a nearby police cruiser, killing two officers in what New York law enforcement officials later described as an "assassination."

Ismaaiyl Brinsley, who police say killed the two officers after traveling by bus from Baltimore, later fled into a subway station, where he shot himself.

A day after the shootings, police described Brinsley as a troubled man, estranged from his family and prone to bursts of anger. A year ago he had tried to hang himself.

Born in Brooklyn, where his mother and daughter still live, Brinsley frequently visited New York, though he had not seen his mother, sisters or daughter for months, Robert Boyce, chief of detectives at the New York Police Department, told reporters on Sunday.

Brinsley, who was Muslim, expressed no extreme religious views and had no apparent gang affiliations, Boyce said, but his Instagram and Facebook pages were littered with anti-government and anti-police statements.

Signs of trouble appeared early in Brinsley's life. He attended high school in New Jersey, but was sent away to family in Georgia due to his behavior. His mother said she feared him.

"Because he had problems in his background, he was going back and forth," Boyce said. "He had a very troubled childhood and was often violent."

Brinsley was arrested 15 times in Georgia and 4 times in Ohio since 2004 on charges including misdemeanor assault and robbery.

Brinsley's most recently known addresses were in Union City, a working-class community of about 20,000 people just south of Atlanta.

No one contacted at his apartment complex said they knew Brinsley, but most of those interviewed said people there tend to keep to themselves.

On Saturday morning, Brinsley left Baltimore for New York in a Bolt Bus, after he shot his ex-girlfriend with a silver, wooden-handled semiautomatic Taurus during an argument at her apartment, Boyce said.

He is suspected of using the same gun to kill the New York policemen and then himself.

He arrived on Manhattan's West Side at 10:50 a.m. At 12:07 p.m., he discarded his cell phone at the Barclays Center near downtown Brooklyn.

Police are uncertain of Brinsley's movements between then and the time he approached the two strangers in Bedford-Stuyvesant. Brinsley, wearing a green varsity-style jacket with a red Native American image on it, told them to follow his Instagram postings.

Moments later, he left the street corner where he had been talking to the bystanders and approached the police car. He then fired the four rounds that killed the officers, 40-year-old Rafael Ramos and 32-year-old Wenjian Liu.