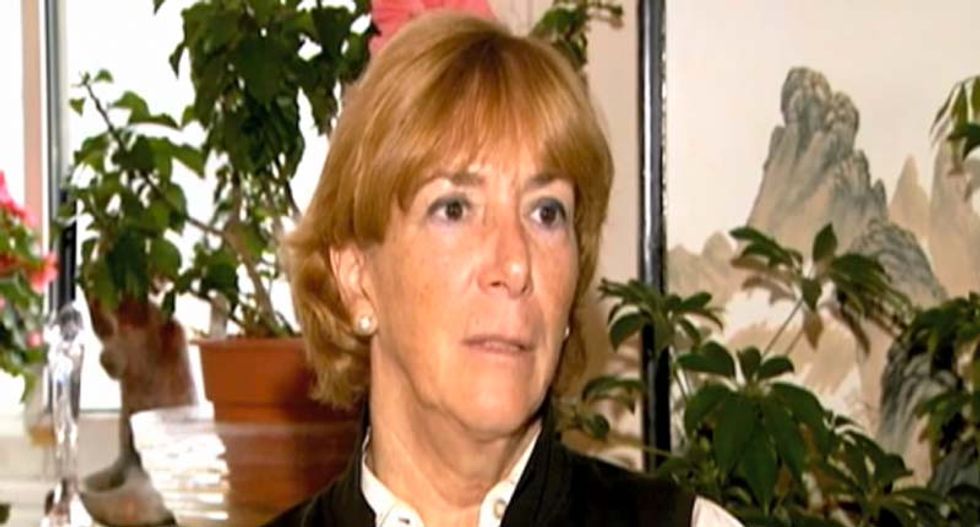 A New York woman spent three days in a Seattle jail after flight attendants had her arrested for "trespassing" when she attempted to change seats on a flight to Alaska, KIRO reports.

Jean Mamakos, 68, of Huntington, New York, had just changed planes in Seattle as part of a cross-country flight with her ski group when she attempted to change her seat to an unoccupied one in an empty emergency exit row. According to Mamakos, flight attendants over-reacted, leading to an altercation that resulted in her being dragged from the plane in handcuffs by Seattle police.

According to Mamakos, she resisted arrest because she had paid thousands in airfare for her round-trip flight.

Mamkos said she attempted to move to an empty seat after the doors closed for takeoff but was stopped by a flight attendant.

"One of the stewardesses said, ‘Oh no you don't,’ which stopped me in my tracks,” said Mamakos, who claimed she then attempted to move toward the front of the plane.

"So I went forward and another stewardess came along and said, ‘Give me your credit card,’” said Mamakos.

Mamakos was told that switching to an exit row emergency seat was an upgrade.

Returning to her assigned seat, Mamakos heard the pilot make an announcement.

"I heard the captain say there is a lady who wants to get off the plane on this flight. So we have to wait. I didn't know that was me,” said Mamakos.

According to Mamakos, she was then trapped by flight attendants telling her she was going to be removed.

In cellphone video taken by another passenger, Mamakos is asked by a Seattle policeman, “Do you want to come willingly or be arrested for trespass?” and Mamakos can be heard replying, “Whatever you have to do,” before being grabbed and pulled up the aisle by officers.

The registered nurse was booked on trespassing charges, fingerprinted, had her mug shot taken and then sent to the county jail where she spent the next three days because the courts weren't open on weekends.

Mamakos, who is currently suing United Airlines for $5 million, said of her ski group, "They enjoyed their ski trip and I had an experience in jail.”

Watch video below from KIRO: