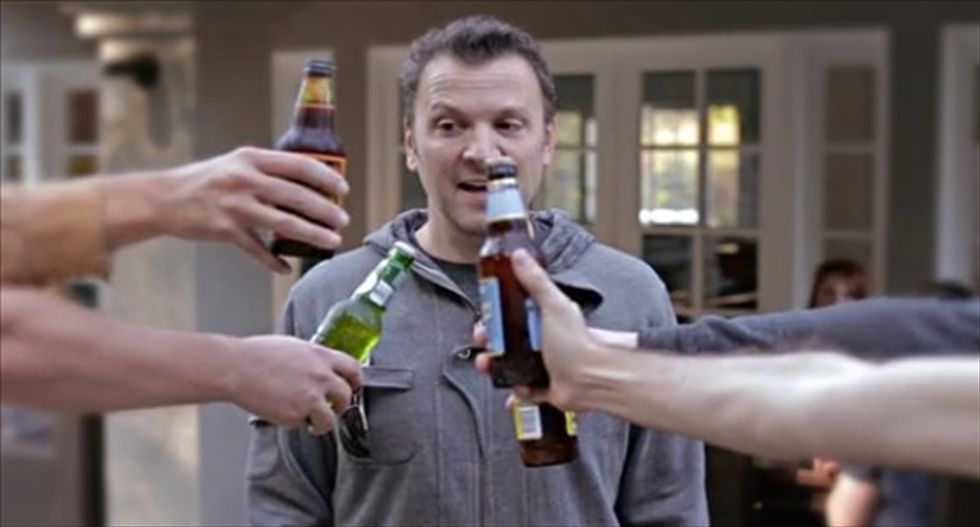 TV host Zane Lamprey's attempt to create what he calls the ultimate garment for beer enthusiasts has raised more than $500,000 online, Mashable reported.

The Kickstarter page for Lamprey's "Drinking Jacket" showed that the project had raised $574,630, more than 10 times its original target funding amount. Jackets will retail for $95 apiece.

Lamprey, who hosts the National Geographic Channel show Chug, says in the project's promotional video that each jacket will include a zipper that doubles as a bottle opener, "drinking mitts" built into each jacket's cuffs, and flask and beer coozie pockets, among other features.

"While it's designed to keep you warm, it will also keep your drinks cold," he says in the video.

The jackets are scheduled to go into production early next year. Nearly 300 backers pledged $225 or more to the project, making them eligible for two of the jackets, plus a pair of caps that can also function as bottle openers and other perks.

Watch Mashable's report on the "Drinking Jacket" project, as posted on Monday, below.