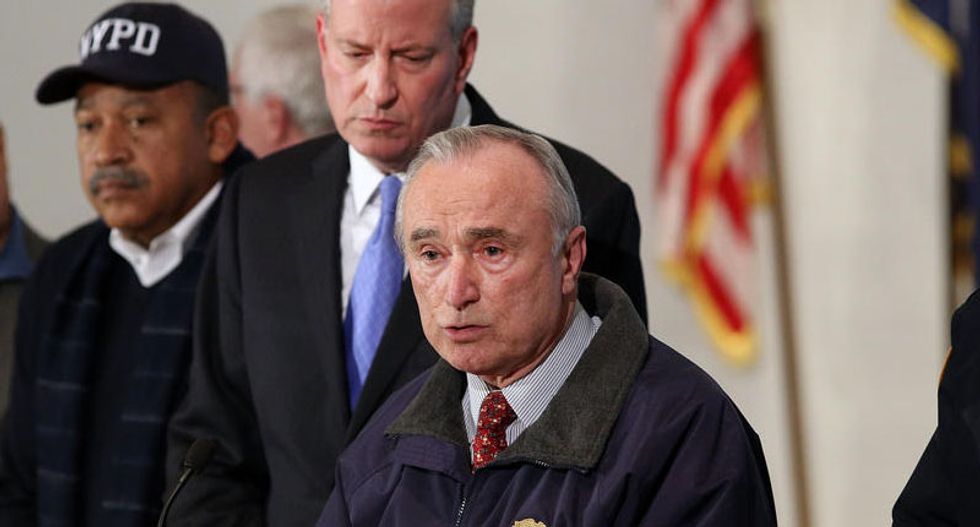 New York Police Department commissioner Bill Bratton has said that he does not support police officers turning their backs on mayor Bill de Blasio as he arrived to give a press conference at Woodhull hospital in the wake of the shooting of two officers in Brooklyn on Saturday.

Speaking on the Today show with Matt Lauer Monday morning, Bratton said he didn’t think the activity was “appropriate, particularly in that setting,” but added that it was “reflective” of some officers’ anger with the mayor’s office.

On Saturday night Pat Lynch, the president of the Patrolmen’s Benevolent Association, the city’s largest police union, gave a fiery speech to press in which he laid the blame for the murder of the two officers, Wen Jian Liu and Rafael Ramos, at de Blasio’s feet.

“There is blood on the hands of those who incite violence on the street in the name of protest,” Lynch said, “That blood starts on the steps of City Hall, in the office of the Mayor.”

Bratton told Lauer that the mayor had lost the trust of “some officers.”

He lamented that the issue was “starting to go down partisan lines, Republican, Democrat.”

“This is something that should be bringing us all together, not taking us apart.”

In an interview with Brian Lehrer on WNYC Monday morning, New York governor Andrew Cuomo avoided directly criticising Lynch, but said that he was going to speak to him to request that he “bring down the rhetoric.”

“I think mayor de Blasio is doing the best he can under very difficult circumstances,” Cuomo added.

Also speaking to Lehrer, Brooklyn borough president Eric Adams asked demonstrators to hold off on protests until after the two officers have been laid to rest.