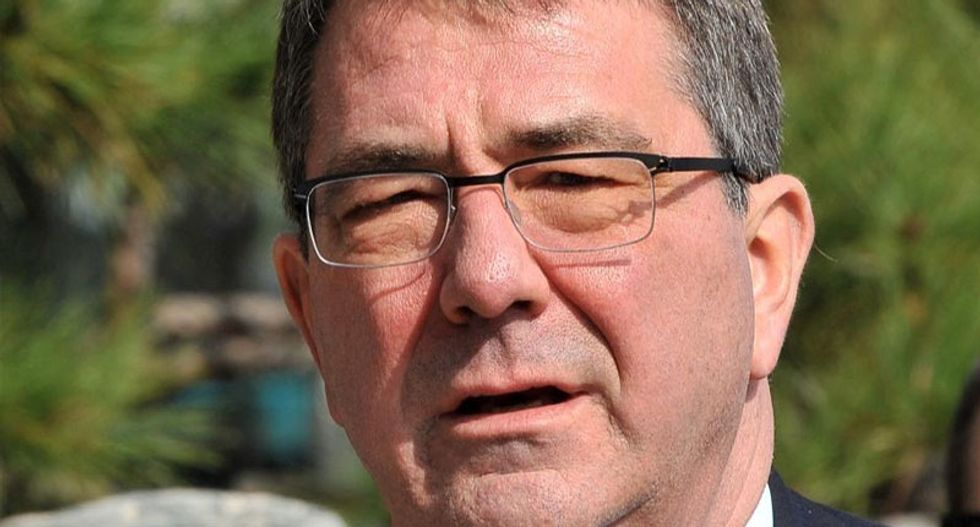 President Barack Obama on Friday named Ashton Carter, a technocrat and academic with deep experience working in the Pentagon, to replace Chuck Hagel as US defense secretary.

Obama praised the 60-year-old former deputy defense secretary, saying that he would bring to the job "a unique blend of strategic perspective and technical know-how."

"All of which means on day one, he will hit the ground running," Obama said, making the announcement from the White House.

Carter, who is expected to be confirmed by the Senate, takes over as the US military finds itself in an air war against Islamic extremists in Iraq and Syria, a sharp reversal of course for an administration that had sought to bring home troops after 13 years of fighting.

Carter said he had accepted Obama's offer "because of the seriousness of the strategic challenges we face -- but also the bright opportunities that exist for America if we can come together to grab hold of them."

Hagel, who was conspicuously absent for the announcement, resigned last month after it became clear Obama had lost confidence in his ability to lead the Pentagon in the new situation.

At a news conference on Thursday, Hagel rejected accounts that he was forced out and said it was a mutual agreement with the president.

"But I think you have to know when to leave, too," he added.

A policy wonk with degrees in Medieval history and theoretical physics, Carter has gained a reputation as an expert on hi-tech weapons and military budgets, portraying himself as a reformer intent on making the vast Pentagon bureaucracy more efficient.

But he has less experience overseeing war strategy and has never served in uniform -- unlike Hagel, a former army sergeant who was wounded in the Vietnam War.

He also has a reputation for a hard-charging, blunt-spoken style that could collide with what his predecessors have described as the White House's "micro-management" tendencies.

"There are big uncertainties with respect to Carter’s ability to shape US defense policy under an administration this centralized," said Stephen Biddle, a professor at George Washington University who got to know Carter at Harvard.

But Biddle told AFP "it's hard to imagine someone better prepared for this job."

The White House on Thursday sought to play down the tension with the Pentagon during Obama’s tenure, saying such friction is "not unique to this administration."

However, spokesman Josh Earnest stressed the next defense secretary will “understand that the president of the United States is the commander in chief and sits atop the chain of command.”

Carter is known for forcefully arguing his case and coming to his own conclusions, and in recent years his views have not always meshed perfectly with the Obama administration.

On Iraq for example, Carter favored keeping US troops in the country instead of withdrawing forces in 2011, and he has repeatedly warned of the dangers of scaling back defense spending.