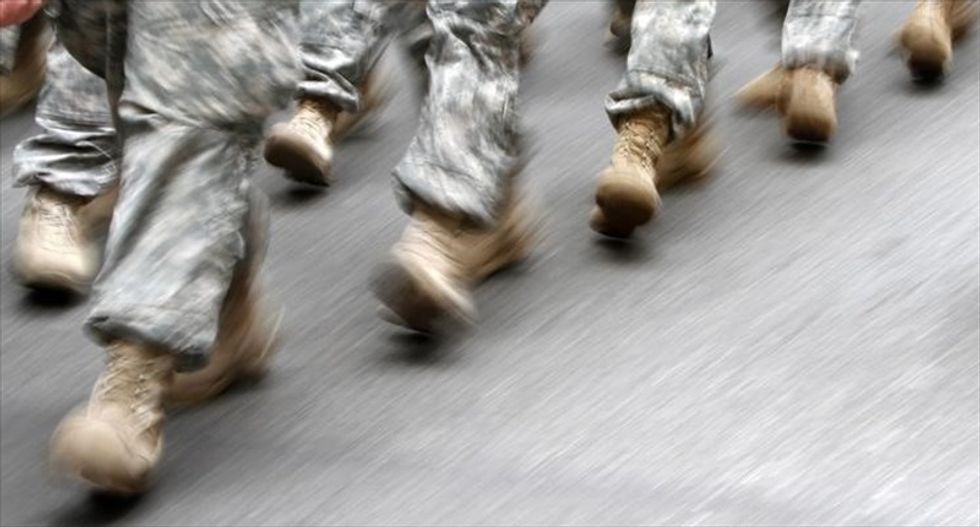 Sexual assaults reported by U.S. military troops rose 8 percent in 2014 amid signs that victims are increasingly confident about reporting the attacks, defense officials said on Wednesday ahead of the formal release of the annual figures.

A separate survey conducted by the Rand Corp concluded that about 19,000 military personnel were victims of sexual assault or other forms of unwanted sexual contact in 2014, down from about 26,000 when the two-year survey was last conducted, the officials said. More than half the victims were men.

The findings come amid a Pentagon crackdown on sexual assault in the military following a spate of high-profile incidents in recent years that sparked public outrage and demands for action by the president and Congress.

Defense Secretary Chuck Hagel was scheduled to officially release the initial findings of the Pentagon's annual report on Thursday afternoon. He also was expected to release directives to strengthen the military's response to the issue.

White House spokesman Josh Earnest said Hagel had briefed President Barack Obama on the report. He said the findings were under review by the administration and the White House, adding that the problem "continues to be a priority of the president's."

Last year, reported sexual assaults jumped 50 percent, a spike officials said was a sign victims were increasingly confident the crime would be prosecuted as a result of the crackdown.

"Reporting of assaults being up and incidents of assault being down are exactly the combination we're looking for," she said in a statement.

The Pentagon keeps track of sexual assaults reported by male and female military personnel each year but also conducts a survey every two years to try to estimate the prevalence of the problem.

This year the survey was conducted by Rand Corp for the first time using many of the same questions in order to obtain comparable responses, the defense officials said.