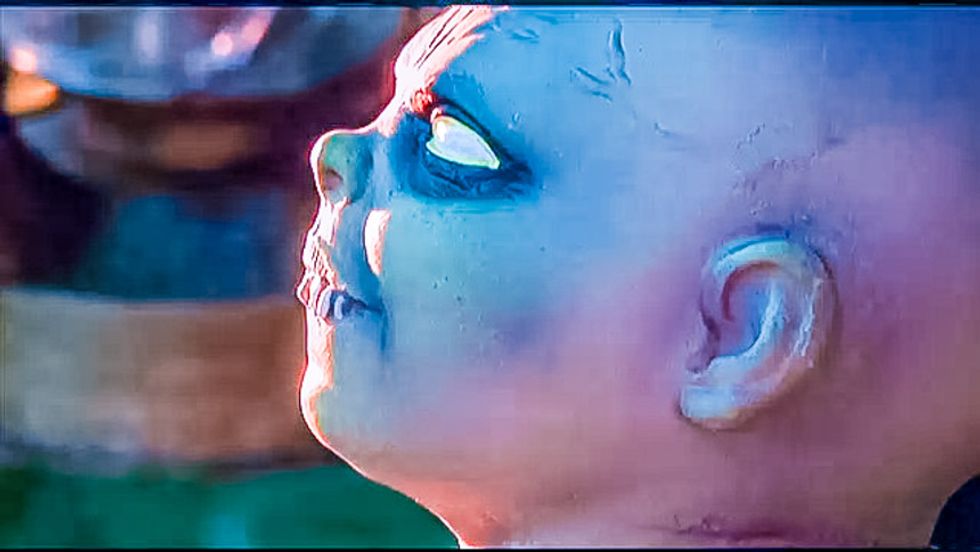 You’ve not seen a baby Jesus in the manger quite like it. His eyes are bruised and glaring, his face slashed with scars and his teeth protrude from his mouth like rotting vampires’ fangs.

The three kings who have come bearing gifts are pretty unusual too. One of them has a skeletal face beneath the crown, his jaw open in a scream and his eyes popping out at some invisible horror. On the straw ground in front of Jesus is the severed head of a second Magi.

This is what you get when the manager of a haunted house in Ohio decides to create a Nativity scene outside his home in a Cincinnati suburb – a Zombie Nativity. “I wanted a nativity scene and I worked with what I had,” Jasen Dixon told the local TV station Fox 19 with admirable understatement.

The reaction of the local community has been somewhat mixed. Zombie fans are delighted – Dixon told the channel that 30 or 40 cars have stopped by every day to take a look.

Others closer to home have been less enthused. “The neighbors don’t like it. My father hates it and anything bad that happens he blames it on that,” Dixon said.

And of course the authorities are incensed, affirming once again that old adage: there is only one thing more cheerless than a Magi with a severed head – a local bureaucrat armed with zoning laws. On his Facebook page Dixon has posted the order sheet he has been sent by Sycamore Township with the compliance order marked in big zombie capitals: “REMOVE ACCESSSORY (sic) STRUCTURE FROM FRONT YARD”.

He has been given until Friday to take the nativity scene down, or face legal action.