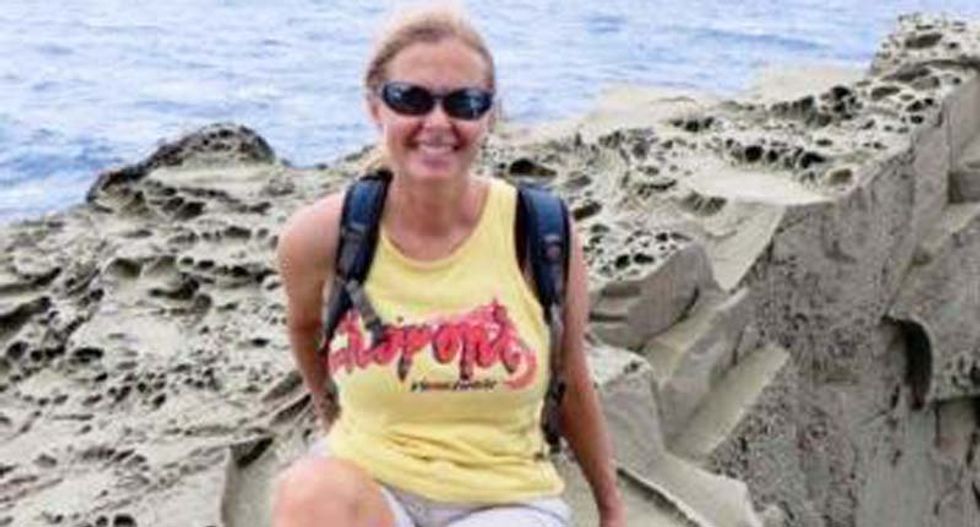 WASHINGTON (Reuters) - A veterinarian from Oregon who was arrested while traveling in East Timor in September was released from jail on Thursday after nearly two months of detention, the U.S. State Department said.

Dr. Stacey Addison, 41, who was said by friends to be visiting East Timor as part of a round-the-world trip, was initially detained and held for five days on a drug charge. She was then conditionally released without her passport.

She was arrested again in late October when she appeared in an East Timorese court to retrieve her passport and was sent to a prison in Dili, the capital of the Southeast Asian country also known as Timor-Leste. Addison was held there until her release on Christmas Day, according to the State Department.

Department spokeswoman Jen Psaki said U.S. officials were aware of reports that Addison's passport was still held by the East Timorese government and that Addison had not yet left the country.

CNN reported that Addison appeared before reporters on Thursday at the home of former East Timorese President and Nobel Peace Prize laureate Jose Ramos-Horta, where she has been invited to stay as a guest for the time being.

Asked what she would do when able to obtain her passport, she replied: "Go home."

"I don't think my mom would ever forgive me if I didn't come home immediately and stay for awhile," Addison said.

Addison, a resident of Portland, Oregon, has insisted through family and friends that she was wrongly accused.

According to an account posted on an online petition seeking her freedom, Addison was first taken into custody with a fellow taxi passenger who police arrested after he stopped to pick up a package of illegal drugs while sharing a ride with her from near the Indonesian border to Dili.

When re-arrested nearly two months later, she was told that the prosecutor had filed an appeal to have her conditional release rescinded without notifying Addison or her lawyer.

U.S. officials visited her several times in prison while working behind the scenes to secure her release, State Department officials have said.

(Reporting by Leslie Wroughton in Washington; Additional reporting and writing by Steve Gorman in Los Angeles; Editing by Paul Tait)