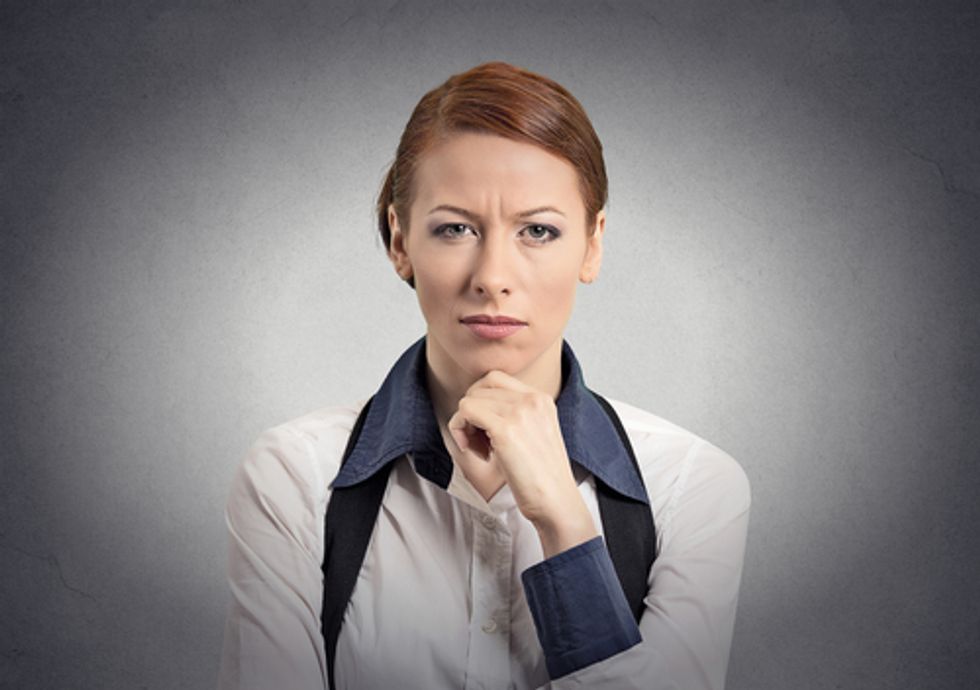 It'll make them fussy to point this out, but it's true: Whenever a conservative Christian claims that "God" says something, he's speaking for himself. "God wants women to be housewives", for instance, means, "I, the conservative Christian douchebag, wants women to be housewives". This is so blatantly obvious that sometimes fundies take pains to hide this fact, trying to highlight the supposed sacrifices they make on their god's behalf, but you'll notice the sacrifices they make---giving to charity, trying not to look at porn where their wife can see them---are not nearly on the level with what they say their god wants from the rest of us. All in all, it's clear that "God" is actually just a fairy godmother, except one that is focused on granting you permission to hate gay people and demand that women do all the scut work, instead of a nice one that gives you dresses and glass slippers.

I mention this because Ed Brayton has drawn my attention to this hilarious temper tantrum thrown by one Don Boys, a a former member of the Indiana state legislature who writes for wingnut mainstay Matt Barber's website BarbWire. The article is titled "I Don't Believe In Atheists---Neither Does God", which made me laugh hard, because it's such an obvious redundancy, as "God" is just the name that fundies give to their own opinions. But this is really taking wishful thinking to another level, as, you know, it's an objective fact that atheists exist. We can be seen with your own eyes and verified with medical testing to be actual human beings, and not holograms.

His argument is a very poorly argued variation on the "you're not really an atheist, you are just lying" gambit, which is to say he tries to combine evolutionary psychology with religious bleating in a delicious miss-mash. If he just threw in some stuff about chemtrails, he might hit all the ways you can be wrong at once.

Philosophers and anthropologists have long speculated why religion is so prevalent in every society and has been since the beginning of time. The answer is rather simple: a loving God wanted to make Himself known to His creatures so He put a question inside every living soul: “Where did all this come from and why am I here?” That is an internal revelation of a sovereign God as John 1:9 says of Christ, “which lighteth every man that cometh into the world.”

Atheists have been discomforted lately with the possibility that the brain is wired for a knowledge of God. God’s Brain by Lionel Tiger who is the Charles Darwin Professor of Anthropology at Rutgers University and Michael McGuire suggest that faith is rooted in the very structure of the brain. So, it appears that faith, at least in something, is a part of life.

It's also worth noting that doubt has been with us all along, as well. Human brains are pretty big and can accommodate a lot of diverse thoughts.

Of course, this noodlebrain does realize that the problem with his "every culture has religion" argument is that he believes that most of those religions are false. He doesn't have a good answer, just asserting that Christianity is clearly the correct religion, without really explaining why, if God inserted religion into our brains for us, he just neglected, apparently based on geography, to put the "correct" religion into the brains of most people around the world. He just asserts that some special people like Socrates were basically secret Christians. Because reasons.

It's not worth the time to really debunk this kind of hand-waving away of religious diversity, but the argument that there must be something to religion because it's so universal is one of those common defenses of religion that tends to persuade people who are smarter than Boys here. It's a comforting idea, that most religions are somehow "true" and that the diversity conceals some kind of universal truth that all humans share.

It's also complete nonsense. Just because a cognition is common doesn't make it true. Our brains are evolved to survive and reproduce, not to give us direct access to the truth. That's why we have to use the scientific method to figure stuff out, because just simple observation and guesswork doesn't get us there. Believing stuff that isn't true because our brains have tricked us is a universal human trait, far more common than religion. Go into a casino and watch people blow on dice if you're skeptical of this assertion. We can't even help ourselves. Even the most skeptical skeptic falls into the habit of believing stuff not because you have verified it but because it sounds right, or is what we want to believe. There was a point in history where literally no one had any inkling that the stars in the sky were actual balls of flaming gas that are so far away that by the time we see the light it is many, often thousands, of years since it was first emitted. This is proof positive that because everyone shares an assumption, that doesn't make it true. I'm as skeptical as they come, but if I'm playing games, I fall into superstitious behavior to try to control outcomes just as quickly as everyone else. We're just built this way and the best thing we can do is try to remember that and control for it.