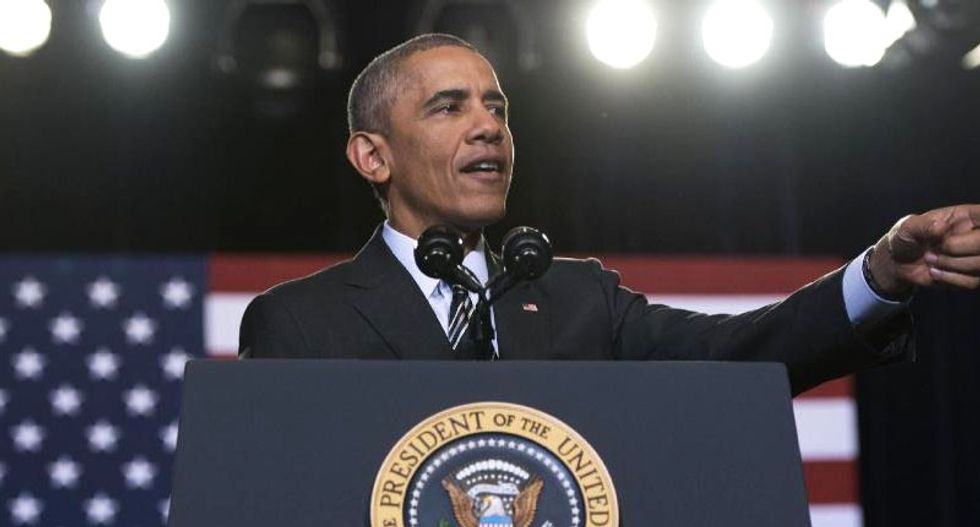 In a symbolic rebuke to US President Barack Obama's unilateral action on immigration, the Republican-led House of Representatives voted Thursday to block his plan to shield millions of people from deportation.

The bill, which passed 219-197 along party lines, was introduced by conservatives furious with what they consider Obama's abuse of power when he announced his executive order last month.

But it is unlikely to reach the floor of the Senate, where Obama's Democrats remain in control through the end of the year before a Republican majority takes over in January.

The White House has also threatened a veto.

Congressional leaders hope however that the bill will be sufficient to placate far-right Republicans and prevent a government shutdown that would begin late next week if Congress does not approve a federal spending bill.

Republicans have steamed since November 20 when Obama announced executive action that would provide three-year work permits and legal residency for up to five million people currently living in the shadows.

Seventeen states including Texas have filed suit against the Obama administration over the immigration plan, and House Speaker John Boehner said Thursday his Republican Party continues to mull legislative options for countering the president's action.

Many Republicans saw Thursday's bill as the first step toward restoring the balance of power in Washington and repelling a policy they blast as unconstitutional "amnesty" for millions of illegal immigrants.

"Two weeks ago, President Obama declared war against the Constitution by changing our immigration laws on his own, and Congress today began its fight against this unprecedented power grab," said House Judiciary Committee chairman Bob Goodlatte.

Immigration reform advocates struck back, gathering outside the US Capitol with top House Democrat Nancy Pelosi to call House Republicans to account, including for killing a comprehensive immigration reform bill that passed the Senate last year with bipartisan support.

"Will (Republicans) advance real solutions, or will they leave town reaffirming once again a mass deportation strategy?" asked Clarissa Martinez-De-Castro, deputy vice president of the National Council of La Raza.

In issuing its veto threat, the White House budget office said the bill would have "devastating consequences" including deportations that would separate undocumented workers from their US citizen children.

"It would also make it more difficult for immigration officials to conduct background checks (and) for undocumented workers to help the economy by paying taxes," it added.