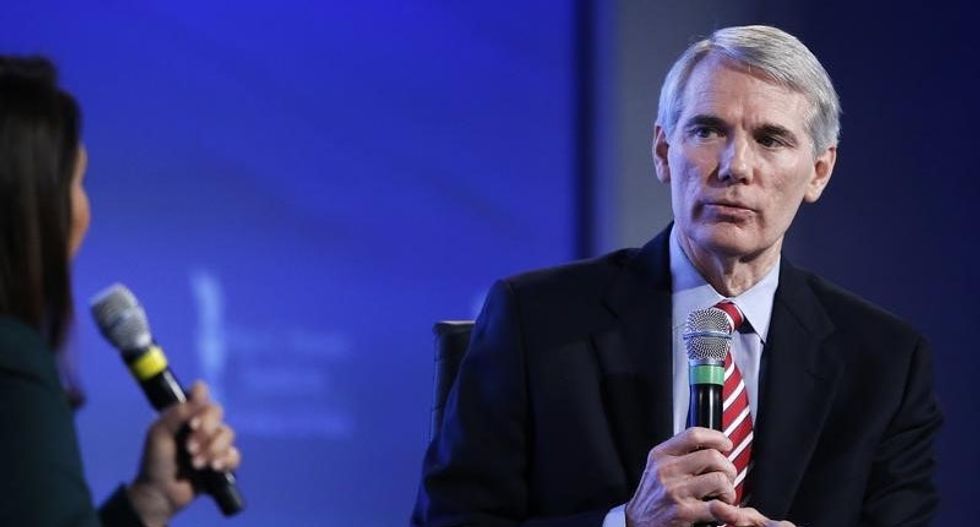 Republican Senator Rob Portman, a former White House budget chief and trade representative who broke with fellow conservatives to back gay marriage, has ruled out a presidential run in 2016 and will seek a second term.

In a statement on Tuesday, the Ohio lawmaker said he could not be an effective senator and campaign for the White House at the same time, and sees potential in the new Republican majority in Congress to tackle issues such as revamping the tax code, overhauling the nation's energy sector and boosting exports.

His decision comes as Republicans prepare to take over the Senate in January after November elections that gave the party control of both houses of Congress.

"With the new Republican majority, I see a real opportunity over the next two years to break the gridlock in Washington and actually get things done to help Ohioans and all Americans," Portman said.

Portman gained some Democratic allies when he became one of the most prominent Republican politicians to support gay marriage rights in 2013, two years after his son told him he was gay.

He is also known for his focus on fiscal matters. He served as head of the Office of Management and Budget and was the U.S. trade representative under Republican President George W. Bush.

While in Congress, he was a member of the so-called "super committee" that failed to reach a grand bargain on the nation's spending. With no deal, "sequester" automatic spending cuts across the board began in early 2013.

Despite that failure, Portman said he sees potential to work through political differences in Congress and said lawmakers "must pass a responsible budget to address the record levels of debt."

"I know it will not be easy to break the gridlock and make Washington work," Portman said.