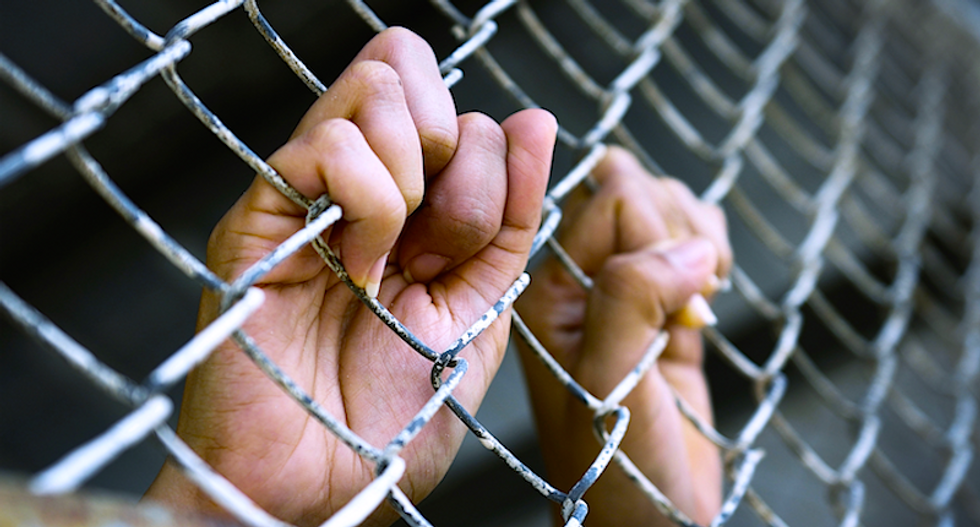 Federal prosecutors sued the city of New York on Thursday over what a Justice Department investigation called a “pervasive and deep-seated culture of violence” against adolescent inmates at the city’s most notorious jail, new court filings show.

The lawsuit filed Thursday in Manhattan Federal Court is intended to hasten the pace of major reforms at the Rikers Island jail complex, despite the city’s mayor declaring just a day ago that progress is “being made quickly” on the island.

In court papers, Attorney General Eric Holder and US Attorney for New York’s southern district, Preet Bharara, wrote that after four months of negotiating with the city, federal prosecutors have been “unable to reach agreement as to lasting, verifiable, and enforceable reforms to remedy the unconstitutional conditions”.

The lawsuit noted that in the three-month window between September and November 2014, there had been 71 reported incidents of staff use of force against 18-year-olds alone.

However, on Wednesday, New York City mayor Bill de Blasio visited the prison complex on Rikers Island to announce an end to the controversial practice of solitary confinement for adolescent inmates, one of more than 70 recommendations made by federal prosecutors to change the culture on Rikers Island. Until last month, 40 teenage inmates were being held in solitary confinement.

“We’ve been talking about a series of changes that we need to make, and make quickly,” de Blasio said on Wednesday. “We are pursuing those changes with great energy.”

De Blasio promised systematic reform of the nation’s second-largest jail system, and in May appointed longtime corrections official Joseph Ponte as Commissioner of the Department of Correction. Ponte, with a national reputation for reformer, announced a series of changes to the way adolescent inmates are treated in September, after Bharara threatened to sue the city.

In the filing, Bharara asked a federal judge if his office could intervene in a pending class-action lawsuit against city over brutality by Rikers staff that resulted in fractured ribs, severe concussions, and internal injuries.

In response to the lawsuit filing, a spokeswoman for the mayor’s office said the city does not oppose the intervention, adding that de Blasio and Ponte are working to implement many of the reforms that the US attorney’s office is seeking.

“Commissioner Ponte is a proven change agent, who in his eight months at DOC, has begun to institute a series of meaningful institutional reforms that are already showing results,” Marti Adams said in an email. “We are beginning to unwind the decades of neglect that have led to unacceptable levels of violence on Rikers Island.”

A two-and-a-half year probe by the US Justice Department launched in early 2012 revealed widespread civil rights violations against young, male inmates housed at the complex.

The report, released in August 2014, found that teenage inmates were subject to “rampant use of unnecessary and excessive force” by corrections department staff, and a failing to protect the adolescents from other inmates. The incidents were woefully under-reported and staff members were rarely punished for inappropriate use of force, which often happened away from the view of surveillance cameras, the report also found.

“To date, defendants have failed to take sufficient and effective measures to remedy these deficiencies,” the suit says . “These failures amount to deliberate indifference to the safety and health of the Subject Inmates, in violation of the rights, privileges, and immunities of these inmates that the Constitution secures and protects. This deliberate indifference caused and continues to cause the violations of constitutional rights alleged.”

The 10-jail lockup, which houses an average of 11,500 inmates, has long been plagued by incidents involving abuse and neglect of prisoners.

Earlier this year, a mentally ill homeless man, Jerome Murdough, “baked to death” inside a 101F jail cell. And in September 2013, a mentally ill inmate died after languishing in his cell without attention for a week.