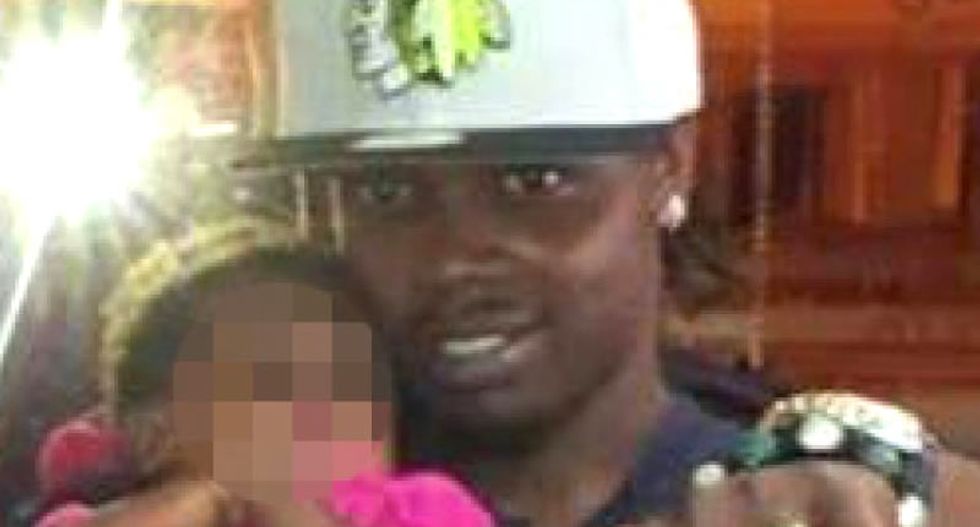 The New York Daily News reports that instead of immediately calling in the accidental shooting of Akai Gurley in Brooklyn last month, the officer who shot him began to text his police union representative.

On Thursday, November 20, two rookie NYPD officers -- Peter Liang and Shaun Landau -- were patrolling pitch-black vertical stairwells in a Brooklyn housing complex when Liang attempted to open a door on the seventh floor.

According to the Daily News' police source, Liang may have been trying to open the door with the same hand in which he was carrying his Glock .9 mm.

When Gurley opened the door, a startled Liang accidentally discharged his weapon. The bullet ricocheted off the stairwell wall and into Gurley's chest. Gurley ran away, unaware that he had been shot until he collapsed, bleeding, on the fifth floor.

Instead of radioing in for help, however, a source told the Daily News that Liang and Landau began to frantically text their union representatives.

For six minutes, both a 911 operator who had been alerted to the shooting by a neighbor and the pair's commanding officer tried, unsuccessfully, to contact them. According to their text messages, the rookie cops did not even know the address of the building they were patrolling.

New York City Police Commissioner Bill Bratton called the shooting "a very unfortunate tragedy," noting that Liang's partner had not even drawn his weapon from his holster.

Watch a report on the shooting via PIX 11 below.