Russell Brand attacks Christmas ads: 'What is our ideology? Worship of Christ or worship of products?' 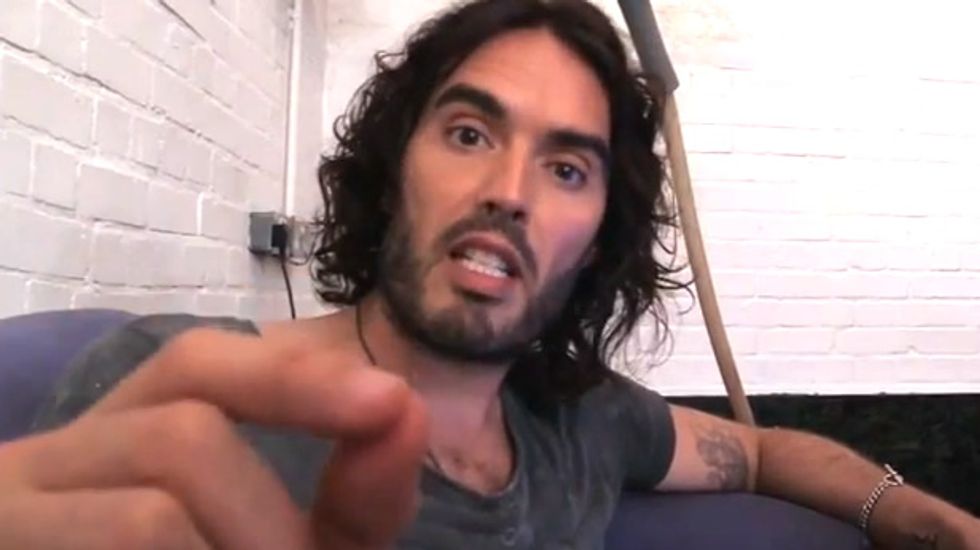 Russell Brand released a special Christmas-themed episode of The Trews in which he attacked the transformation of love into a commodity in an English department store's Christmas advertisement.

He then started watching a Christmas advertisement for British department store John Lewis, which features a lonely boy and his penguin friend, Monty, in "a tale of friendship, love and giving someone the gift they've been dreaming of this Christmas."

"Now I want to understand this penguin," Brand began. "I mean, I'm peripherally aware of this penguin even as a person who doesn't watch loads of TV, like all of us these days."

He then cuts to a clip of the boy and his penguin playing on a trampoline. "I want to have this penguin in my house, I'm feeling this," he said. "I was a lonely little boy, I'd have loved to have a penguin."

Brand then notes that the music being played over the advertisement is "the usual breathy, singer-songwriter style of song," before singing in a mocking voice, "Oh my god it's Christmas time, go down to John Lewis with a penguin."

After playing more of the maudlin song-backed clip, Brand says, "I'm really starting to feel some emotions -- and anger, simultaneously. What are they selling?"

He cuts back to a clip of the penguin staring "enviously at a human couple," and says, "they're commodifying love! What does that penguin want?"

As the commercial continues, the boy and his penguin walk down the stairs to find a present under the tree -- which is another penguin.

"You can't just go around acquiring penguins as a solution to the world's problems!" Brand exclaims. "You can't solve life's problems with penguins! This has got to be addressed."

When the commercial reveals that the penguins were, in fact, stuffed like the tiger in Calvin and Hobbes, Brand shouts, "What? None of them were even real anyway? It turns out it's a couple of bits of cloth this boy has been idealizing."

As the song concludes, declaring that "it's real love," Brand says, "it's not real love -- it's 'go to John Lewis [department store]!' Love has nothing to do with consuming, it's the opposite. Love is, 'don't go to John Lewis, just cuddle each other.'"

Watch the entire episode of The Trews below via YouTube.