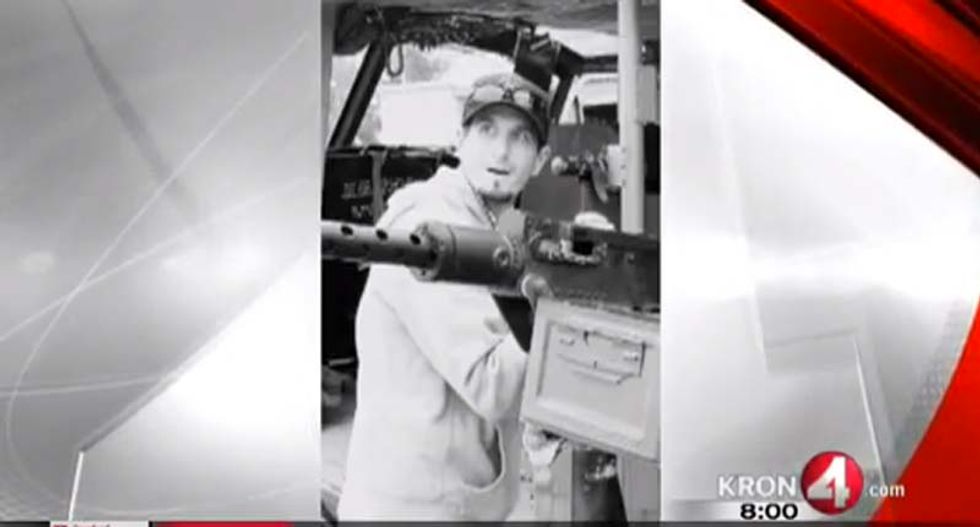 A San Francisco County Sheriff’s Deputy has been charged with multiple felonies after assaulting a patient in a hospital waiting room and then lying about it in his report, KRON reports.

33-year old deputy Michael R. Lewelling, was arrested and charged with four felonies -- perjury, filing a false police report, filing a false instrument and assault under the color of authority -- for an attack on a dozing patient at S.F. General Hospital on November 3rd of this year.

According to a police report filed by Lewelling, the victim assaulted him with a cane. Lewelling arrested the victim who was charged with a felony and a misdemeanor.

District Attorney George Gascón explained that investigators were able to view surveillance tape that contradicted Lewelling's account of the events.

According to Gascón, " the victim was hunched over in a chair sleeping in the Emergency Room’s waiting area, awaiting a doctor’s appointment later that day. Deputy Lewelling approaches the victim as he is starting to wake up. He subsequently appears to engage in a conversation with the victim, at which point the victim slowly stands up, using a cane for assistance. Once up, he attempts to take a step towards the exit. While the victim is attempting to walk away, the defendant grabs the back of his collar, pulling him back into the seat and knocking his cane away. The victim never raised his cane in a threatening manner. A few seconds later, he appears to grab the victim’s throat and begins to choke him. The battery continued, and the victim was then placed under arrest.”

After viewing the tape, prosecutors obtained an arrest warrant for Lewelling and arrested him on Friday.

“The fact that a Sheriff’s Deputy allegedly battered a patient at San Francisco General Hospital is unnerving,” Gascón explained in a statement. “What’s worse is that he’s also alleged to have perjured himself on a police report, unforgivable conduct that led to the arrest of the innocent victim.”

Lewelling remained in jail Friday night with bail set at $138,000.

Watch the video below from KRON: