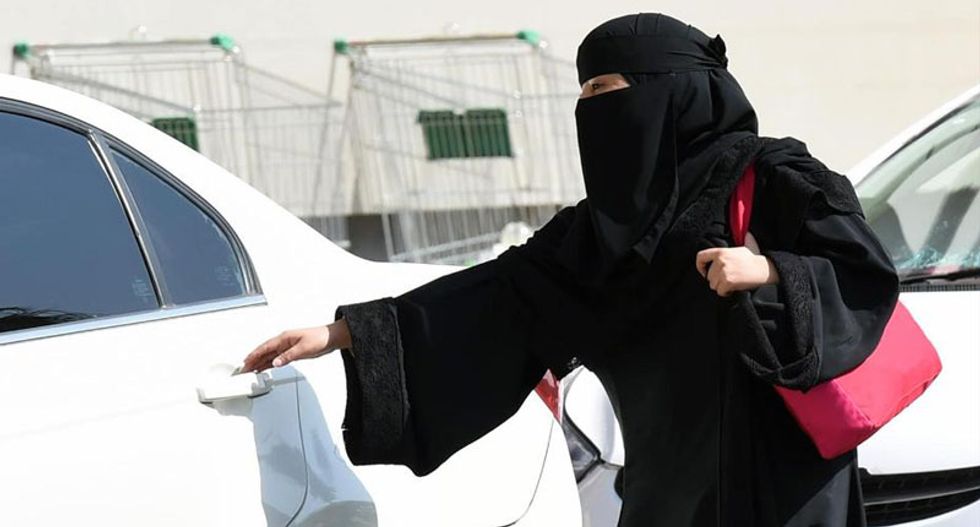 A Saudi woman gets into a taxi in the city of Riyadh on October 26, 2014, as a online campaign continues to call for an end to the driving ban for women in the country (AFP Photo/Fayez Nureldine)

Two women's rights campaigners detained in Saudi Arabia have been transferred to a special tribunal for "terrorism", activists said on Thursday after the women appeared in court.

The ruling came at a hearing in Al-Ahsa, in the kingdom's Eastern Province, according to the activists who declined to be named.

Loujain Hathloul has been detained since December 1 after she tried to drive into the kingdom from neighbouring United Arab Emirates in defiance of a ban.

Saudi Arabia is the only country in the world which does not allow women to drive.

Maysaa Alamoudi, a UAE-based Saudi journalist, arrived at the border to support Hathloul and was also arrested.

Activists did not provide full details of the allegations against the pair but said investigations appeared to focus on the women's social media activities rather than their driving.

"They will transfer her case to the terrorism court," said an activist familiar with Hathloul's case, adding that her lawyer plans to appeal.

A second activist confirmed that Alamoudi's case was also being moved to the specialist tribunal.

Before her arrest she tweeted, sometimes with humour, details of the 24 hours she spent waiting to cross into Saudi Arabia after border officers stopped her.

Alamoudi has 131,000 followers and has also hosted a programme on YouTube discussing the driving ban.

In early December Saudi authorities blocked the website of a regional human rights group which reported the women's case.

Reporters Without Borders, a watchdog, this year named Saudi Arabia as one of 19 countries where government agencies are "enemies of the Internet" for their censorship and surveillance.

In October, dozens of women posted images online of themselves behind the wheel as part of an online campaign supporting the right to drive.

In response, the Ministry of Interior said it would "strictly implement" measures against anyone undermining "the social cohesion".

Activists say women's driving is not technically illegal but that the ban is linked to tradition and custom in the conservative kingdom.