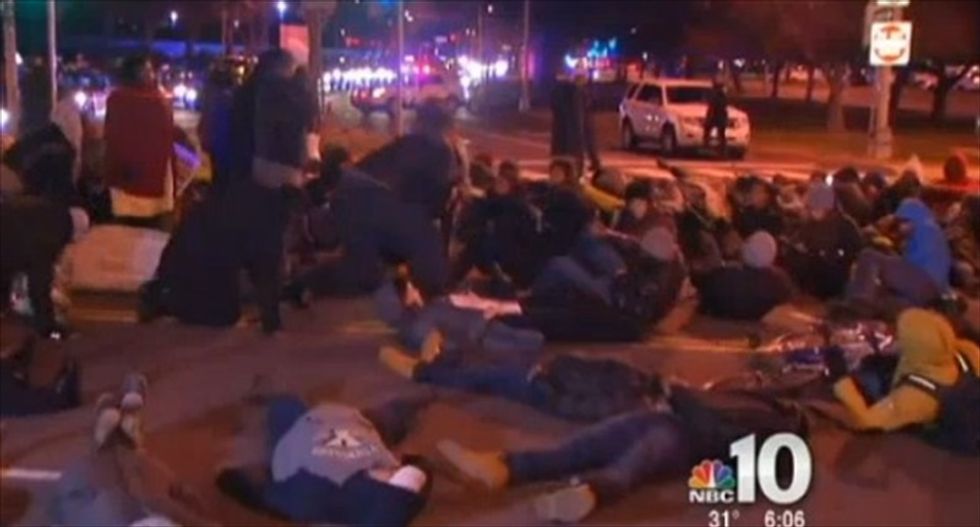 "If my child cannot get to the Eagles game due to protesters, I will personally SHOOT every one of them. You've been warned idiots!!" the post read.

However, Blankenburg told The Doylestown Intelligencer that her child "might have gotten hold of my iPad" and posted the statement while Blankenburg was teaching Sunday school.

The remark was directed at a group of demonstrators holding a "die-in" outside of Lincoln Financial Field in Philadelphia, one of several protests around the country against police violence in the wake of grand jury decisions not to indict police in connection with the deaths of Brown and Garner.

ESPN reported that the protesters laid down on the ground for four-and-a-half minutes outside the stadium, symbolizing the 4 hours and 30 minutes Brown's body remained on the street after he was shot and killed by Ferguson, Missouri police officer Darren Wilson this past August. About 200 demonstrators took part in the display.

Watch WCAU's report, as aired on Monday, below.