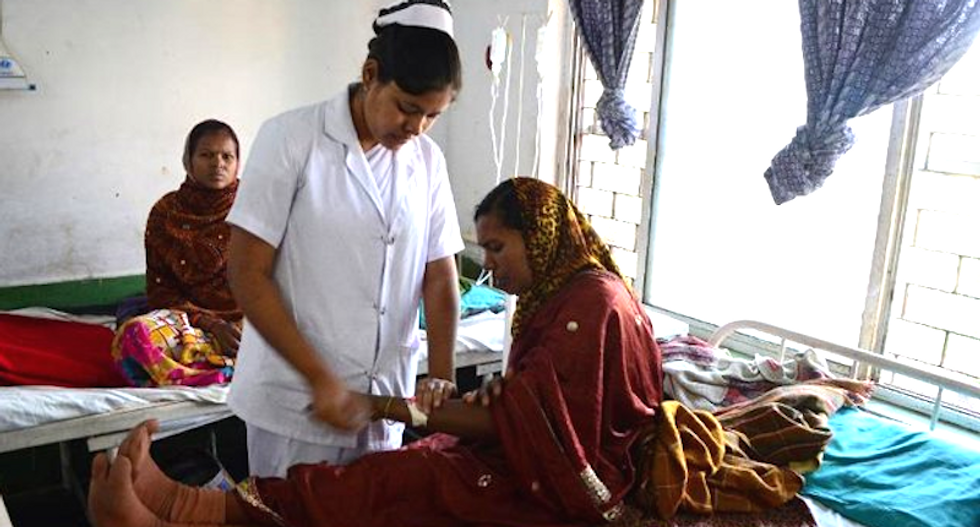 An independent investigation into the deaths of 13 women in India after mass sterilization surgeries found the doctor and his staff used the same needles for all of the procedures and never changed their gloves.

The women died after being paid to have the surgery at a state-run camp in Chhattisgarh state last month, which also left dozens in hospital and sparked widespread criticism of India's family planning program.

Authorities have blamed the deaths on the drugs given to the women after the operations, which they said were laced with a chemical commonly found in rat poison.

But an investigation by a team from four public health organizations found that the doctor and his staff operated on the 83 women in unhygienic conditions and that some of them probably died as a result of infection.

"None of the staff changed their hand gloves in between the procedures. The same injection needle and syringe, and the suture needle were used for all the cases," the team's resulting report revealed.

"Neither were those sterilized nor new needles taken for each case," said the report seen by AFP.

The women suffered vomiting and a dramatic fall in blood pressure after undergoing laparoscopic sterilization, a process in which the fallopian tubes are tied.

Sterilization is one of the most popular methods of family planning in India, and many state governments organize mass camps where mainly poor, rural women can undergo the usually straightforward procedure.

Although the surgery is voluntary, rights groups say the target-driven nature of the program has led to women being coerced into being sterilized, often in horrific conditions.

The doctor who performed the operations has denied any wrongdoing and claimed he was being made a scapegoat following his arrest over the deaths.

The government has said initial tests on antibiotics given to the women showed they were toxic, and police have arrested the local drug factory owner and his son.

Although tainted drugs could have caused the deaths, interviews with the doctor who conducted post-mortem examinations on the first seven women "suggested sepsis leading to septicaemia" was to blame, the report said.

As part of its inquiry, the team inspected the decommissioned hospital on the outskirts of Bilaspur where the surgeries were performed and two other camps.

It also interviewed women who fell sick but survived, families of the victims as well as doctors and support staff.

The investigation is separate from an ongoing judicial inquiry ordered by the state government. Autopsy reports and final toxicology results of the suspect drugs have not been made public.