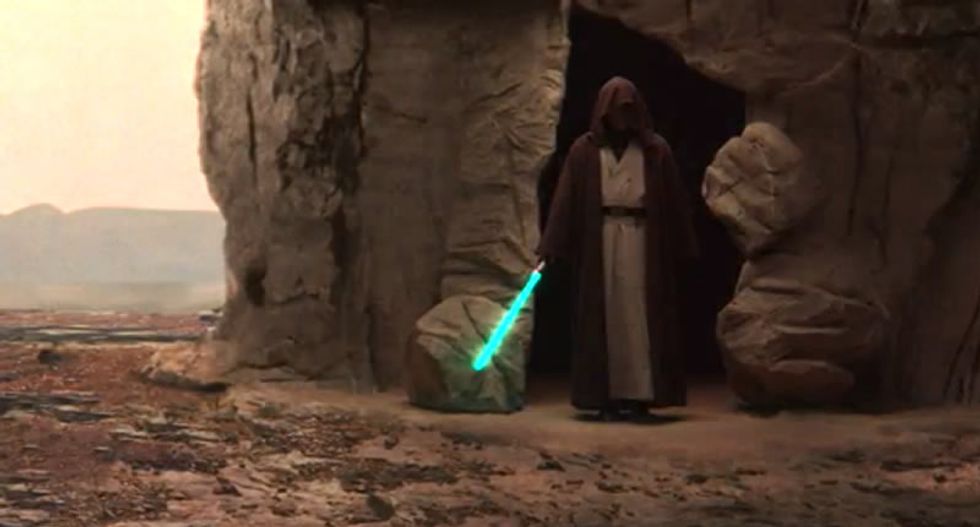 On last night's episode of Saturday Night Live, the show aired an extended trailer for the Star Wars: The Force Awakens, featuring geriatric versions of the beloved original cast.

Everyone from a deaf, forgetful Han Solo to Luke Skywalker suffering from thyroid issues and using the Force to organize his replacement hormones makes an appearance.

Watch the entire trailer below via Saturday Night Live.