'Some sort of hell': How one of the wealthiest cities in America treats its homeless 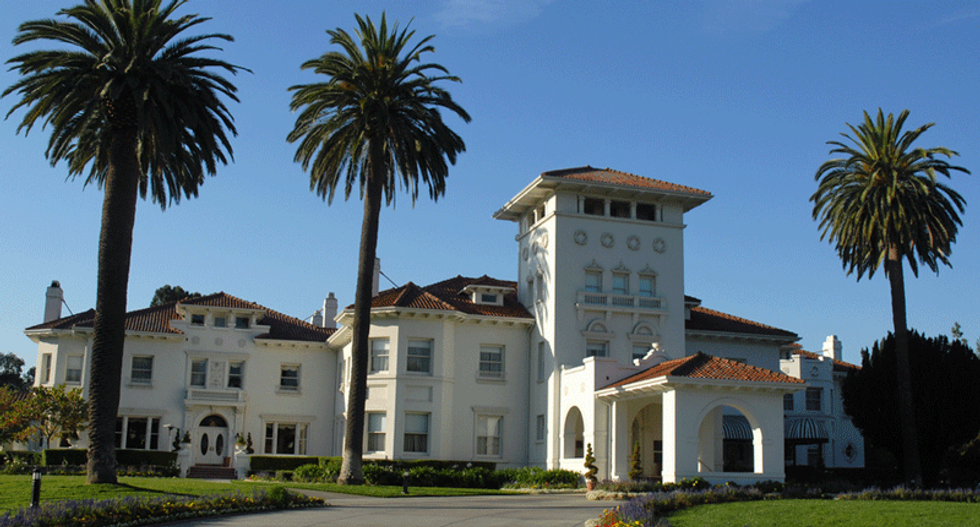 When San Jose dismantled the "Jungle," the nation’s largest homeless encampment, many of its residents with nowhere to go scattered. They found hiding places in the scores of small, less visible encampments within the city, where more than 5,000 people sleep unsheltered on a given night.

But one group of about three dozen evictees gathered what they could salvage in backpacks and trash bags, and crossed a bridge to a spot about a mile away. They found a clean patch of grass near Coyote Creek, the same creek that the Jungle abutted. There, they pitched tents donated by some concerned citizens, assigned themselves chores and hoped for the best.

Instead, they got marching orders. After weathering the hardest rains to fall in these parts in a decade, the campers found 72-hour eviction notices on their tents. Once again, a little more than a week after their forced flight from the Jungle, they had no idea where they might live.

“This is some sort of hell,” said Raul, 57 (who didn’t want his last name used), a life-long resident of San Jose who had lived in the Jungle for nearly eight years. He had nothing left of the home he had created, just a knapsack, his chihuahua Pepe, and a new pup tent. He was so depressed, he could barely lift his head.

To an outside observer, the eviction was predictable. The state’s threat to sue Santa Clara County over the pollution in Coyote Creek caused by camping spurred the closing of the Jungle, a winding, 68-acre shantytown under an overpass with upwards of 300 people. With the state’s environmental agencies—and the public—watching, San Jose could not allow another Jungle to spring up.

But the city could offer no viable alternative to the people it was expelling for the second time in a week. San Jose, the self-described capital of Silicon Valley, the largest wealth generator in the United States, lacked the resources.

The Jungle had become a symbol of the growing divide between the nation’s rich and poor. But its December 4 dismantling—a spectacle of crying residents struggling with shopping carts, Hazmat-suited cleanup crews tossing furniture into dump trucks and hordes of police and reporters standing watch—only underscored the problem, since so many Jungle residents were literally left out in the cold.

Residents of the neighborhood in Central San Jose that abutted the Jungle were glad to see the encampment go. But dismantling the Jungle is already creating new problems. Just days after the Jungle was torn apart, San Jose police and other city departments began fielding calls from people in different neighborhoods complaining of former Jungle residents setting up camps near them. Some ended up in a Walmart parking lot before being booted. Others were congregating near the airport, also under threat of eviction. At least one hospital reported an upsurge of emergency room visits from former residents of the Jungle, sick from weathering the elements, having misplaced medications in the eviction.

“What the city is saying is that it refuses to provide affordable housing, but it does not tolerate people living outside,” said Sandy Perry, an organizer at the Affordable Housing Network of Santa Clara County, who has worked with San Jose’s homeless population since 1991. “This is a willful, wholesale violation of human rights.”

San Jose, by all accounts, is experiencing a crisis in homelessness. Even with dedicated non-profits working to stem the tide, the city’s homeless problem, like that of other booming cities—New York, Los Angeles and San Francisco, to name a few—has grown markedly worse in recent years. San Jose is the nation’s 10th largest city (with one million residents) but the San Jose/Santa Clara County area, home to 34 billionaires, has the nation’s fifth largest homeless population, after New York, Los Angeles, Seattle and San Diego.

San Jose/Santa Clara County also has the nation’s highest percentage of homeless people living on the streets. More than 75 percent, upwards of 7,600, are unsheltered, according to the 2014 Annual Homeless Assessment Report to Congress, compared to five percent of the homeless people in New York City.

Ray Bramson, San Jose’s homeless response team manager, said the city did all it could for the Jungle. It earmarked $4 million and spent 18 months, with contracted non-profit organizations, to find housing for 144 Jungle residents, using housing vouchers that expire in two years. But another 60 residents, vouchers in hand, could not find apartments, even with social workers working on their behalf. By the end, just weeks before the dismantling, the population of the Jungle was still between 200 and 300 people, according to housing advocates and volunteers who worked with jungle residents. That’s because every time a resident of the Jungle moved out, another person, or more, took their place.

Critics of the way the city dismantled the Jungle, both professional advocates for the homeless and citizens registering their opinions on social media, have decried the city for creating a two-year voucher program that inadequately served the population.

“When a city decides to built a park, it doesn’t build until it has the funding to finish it,” said Anthony King, a volunteer outreach worker who was homeless for more than 10 years. “So why did the city decide to undergo a program that addressed the needs of only some of the people in the Jungle?”

The city said it was forced to close the camp for its environmental risks and hazardous conditions. But Bramson himself has said that there are many other homeless camps along the waterways. In fact, the Jungle was part of a string of 247 tent cities along Santa Clara County’s waterways that contain 1,230 people, according to a recent county census.

Chris Herring, a Ph.D candidate in sociology at the University of California at Berkeley who has extensively researched homeless encampments on the west coast, said the eviction “will not mitigate the ongoing environmental damage to Coyote Creek by homeless habitation”—only move it around.”

In an essay in Beyond Chron.org, Herring also said the eviction “will exacerbate rather than improve unsanitary conditions faced by the evicted, pushing them further from clean water, recycling centers and toilets.”

Residents of the Jungle, well aware of the growing trash and sanitary problems caused by so many incoming residents, had appealed to the city for help. In November, they waged a protest for better sanitary services. The city had provided three port-a-potties, eight hours a day, for the Jungle’s 300 residents, and handed out portable sanitary bags for them to use the rest of the time—bags of human waste that competed with all the other trash in the Jungle for a spot in the few trash bins on site.

In the few days that former residents of the Jungle spent in their second location before receiving eviction notices, they began organizing.

“We’re creating a community,” one woman said. People were assigned to clean up trash, run errands and the like. The group wanted to stay together, monitor activities so the site could stay clean and not generate complaints.

“I just know that if we keep a place clean, have the bags for the trash, and stay away from the public, they won’t bother us,” said Raul, the former Jungle resident. Living in the Jungle was a hard life, he said, but it was stable. He had his shack, he knew everyone, had friends and support. Like most homeless people, Raul said he preferred to be with other people he knew, rather than fend for himself.

His sister, who had a housing voucher but couldn’t find an apartment, was staying with her three dogs in a tent next to Raul's. Almost everyone at the encampment had at least one small dog, often several.

The city came at the crack of dawn the day the new camp was evicted. Workers began taking their possessions before residents had even woken up, according to a report by ABC7 news. It quoted Bramson, who did not return requests for an interview for this story, saying, “There are services available. There is support available."

But the only support was a limited number of shelter beds the residents could try to get into—if they gave up their dogs.

A day after their expulsion, most of the group had moved en masse to a new location, far from the public eye. But it was still near Coyote Creek. It wouldn’t take long, they said, for the city to find them again.